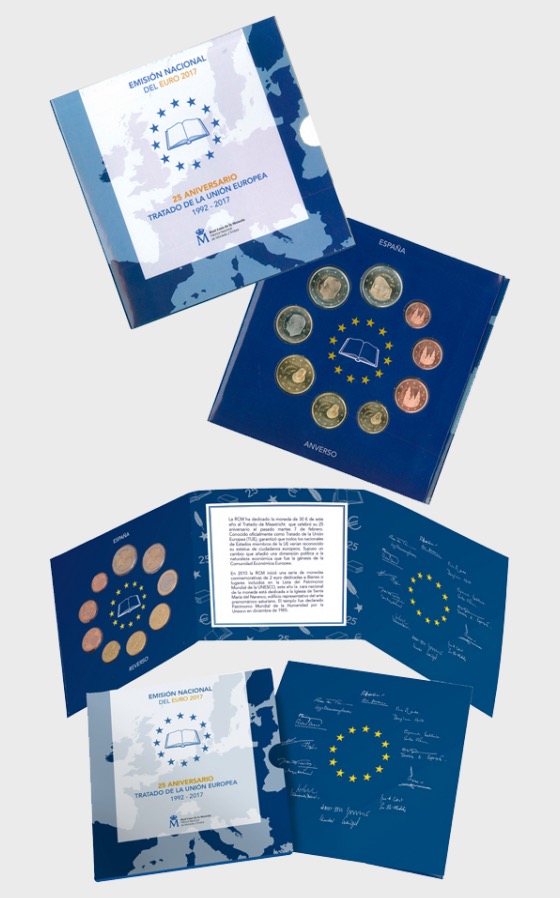 This issue includes the Collection of the Coins in Spanish euros of the year 2017.

The Collection is accompanied by the Commemorative Coin of 2 euros, dedicated this year to the Church of Santa María del Naranco, a building representative of Asturian pre-Romanesque art, a monument included in the World Heritage List of UNESCO.

This year is presented in a special case, on the occasion of the "25th anniversary of the Treaty on European Union 1992-2017"

Coins protected each of them inside a blister that allows the perfect visualization of both faces of the same ones.