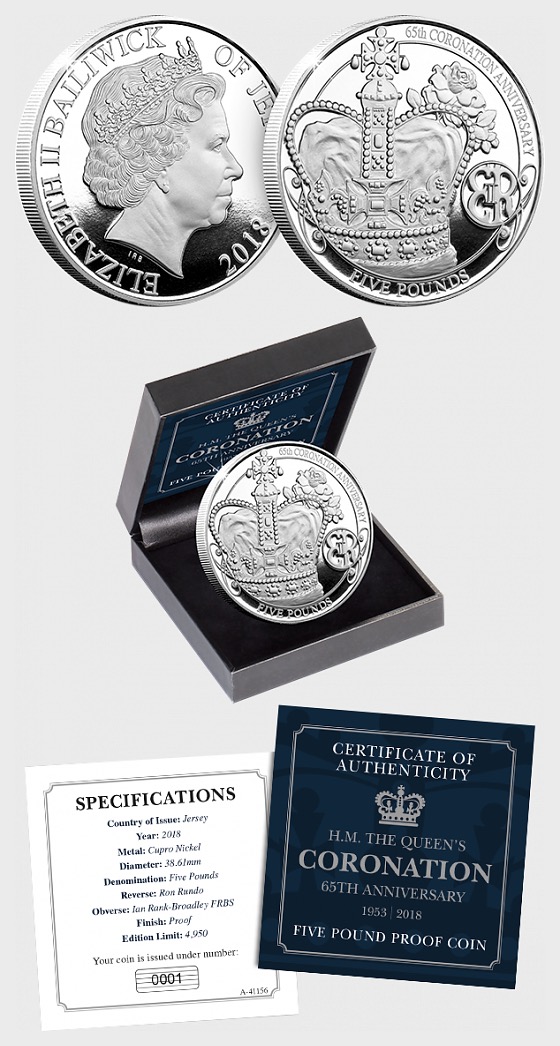 On the 2nd June 1953, Elizabeth was officially crowned Queen at the tender age of 27. Although her father George VI had passed away some 14 months earlier, a period of mourning was required along with months of preparations for the coronation which would be held at Westminster Abbey.

The Coronation of Her Majesty Queen Elizabeth II was the first to ever be televised and an astonishing 20 million people worldwide tuned in to view the ceremony.

Now an incredible 65 years on, a beautiful new coin – The British Isles Queen’s 65th Coronation Anniversary Proof £5– has been released to celebrate Her Majesty’s sapphire coronation.

Restricted to just 4,950 worldwide this brand new limited edition proof £5 coin features the Crown Jewels with a rose in the background and EIIR monogram.

Struck to a beautiful proof finish, this coin has been officially approved by Her Majesty the Queen.

Your coin will arrive ready to display in its carefully prepared leatherette presentation case, accompanied by the Certificate of Authenticity.