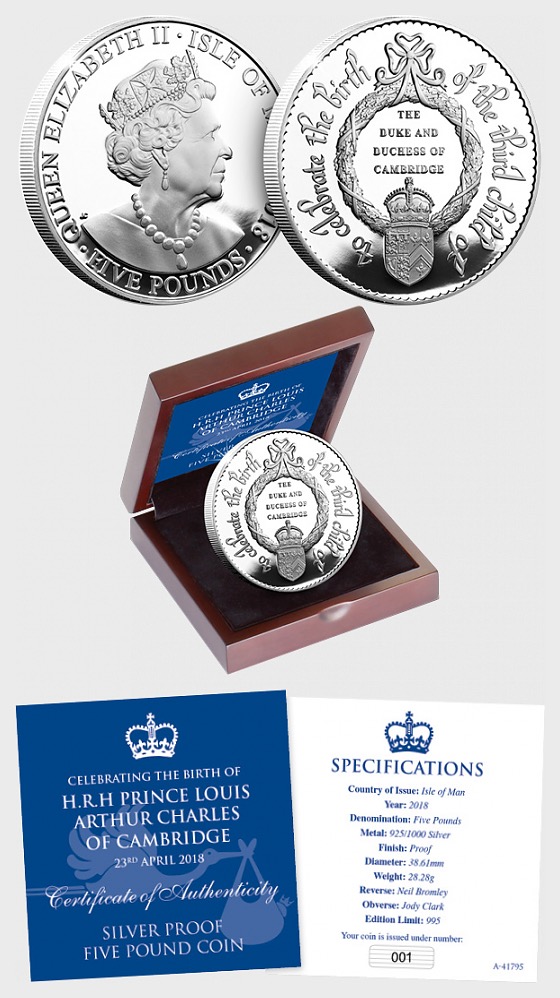 Born on Monday 23rd April, HRH Prince Louis quickly captured the hearts of the nation as his proud parents, The Duke and Duchess of Cambridge, introduced him to the world.

It’s been an incredibly exciting year for The Royal Family, along with the birth of Prince Louis, we’ve had the Royal Wedding and The Queen has celebrated her 65th Coronation Anniversary.

However, a strict edition limit of just 995 pieces worldwide has been set. To give you an idea how small that is, in 2015 for the birth of Prince George, The Royal Mint set the mintage for the equivalent UK £5 Silver Proof coin at 9,950. TEN TIMES MORE!

So, with this very low edition limit coupled with high demand for Royal commemoratives celebrating our new prince, a full sell-out is expected.

Your coin will arrive ready to display in a Presentation Box along with its Certificate of Authenticity.