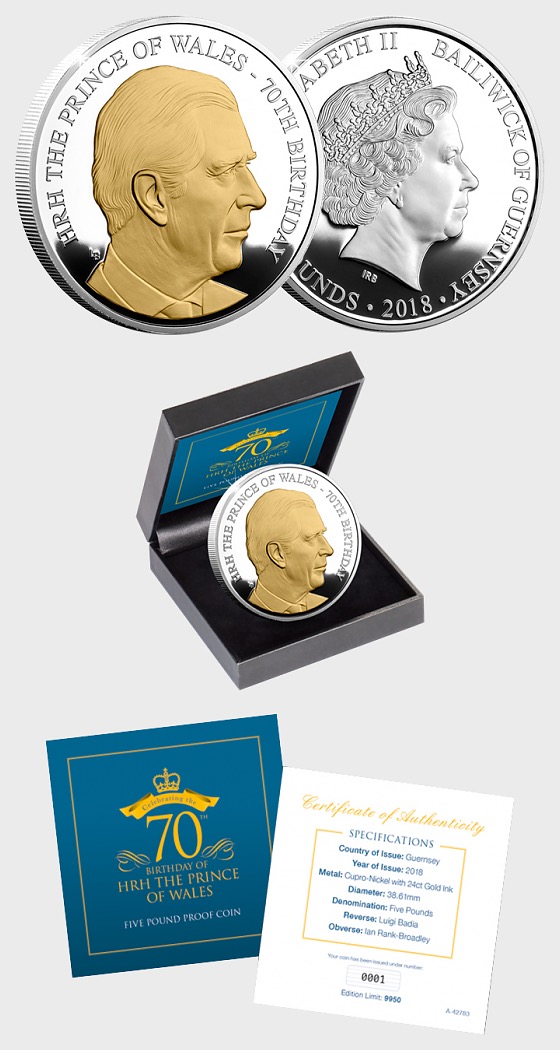 As the longest-serving heir apparent in British history and also the longest-serving Prince of Wales, having held that title since 1958, it is fitting that HRH Prince Charles 70th birthday has been marked with the release of a brand new British Isles five pound coin.

Just 9,950 coins have been authorised. Royalty collecting is at an all-time high, therefore it’s likely demand for this coin will be incredibly high.

This stunning coin has been struck to a flawless proof finish - the highest grade of finish found on collectable coins. Proof coins are produced using a specially prepared die which strikes the coin several times to create a high quality frosted and mirrored finish and enhanced definition.

What’s more, this coin has been fully approved by His Royal Highness the Prince of Wales and Buckingham Palace.

The coin itself is struck to the standard British Isles £5 specification. Its proof finish is of the highest quality and it is displayed in a leatherette Presentation Case, which also houses the coin’s Certificate of Authenticity.