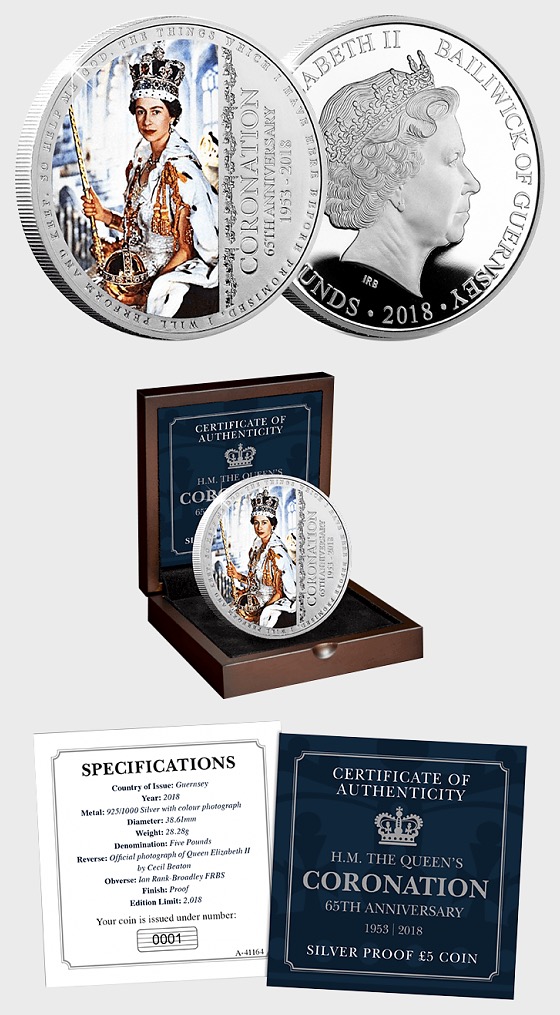 On the 2nd June 1953, millions of people worldwide watched as a young woman walked up the aisle of Westminster Abbey to become Queen Elizabeth II. It truly was an incredible occasion.

And today, 65 years later, you have the chance to commemorate the Coronation of our Queen with a special sterling silver £5 proof coin.

As you would expect with any British Isles coin, it is struck to the official UK £5 Silver specification, containing 28.28g of Sterling Silver and finished to the highest Proof quality.

Just 2,018 Silver Proof £5 coins have been authorised for release. That is a very small edition for a British Isles Silver £5 Coin. You just have to look at the Jersey sell-out of the Queen’s 90th Birthday Silver Proof £5 Coin, with a larger 2,500 edition to give you some indication of likely collector demand.

A coin to pass down the generations

We’ll never see another 65th Coronation Anniversary in our lifetimes, and it’s unlikely your children or grandchildren will either. And that’s why this coin is so important.

It marks a unique and remarkable moment in royal history. A moment that we must cherish as a nation. A moment we should pass on to our children and grandchildren.