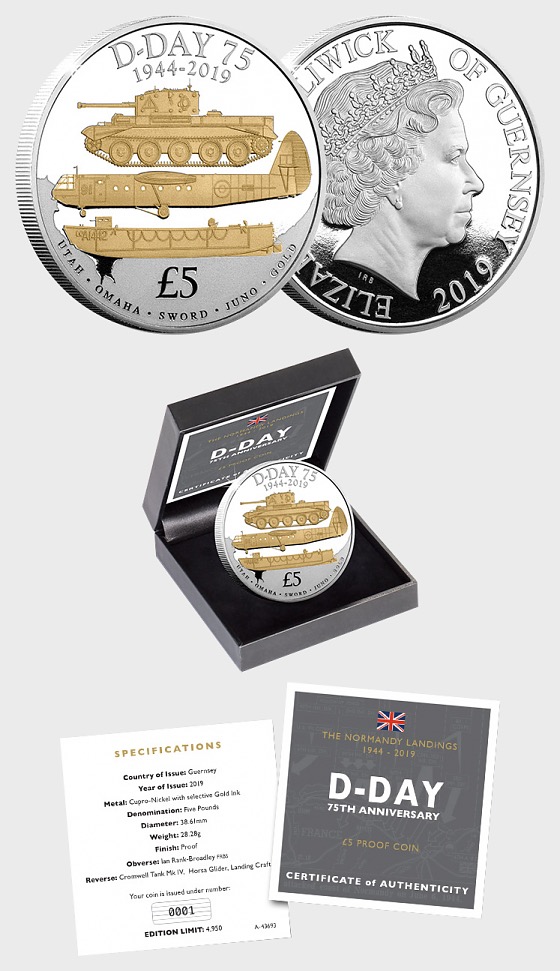 Around 156,000 Allied troops landed in Normandy on the first day of the D-Day liberation.

Now, 75 years on a stunning Proof £5 coin has been released to commemorate their bravery and heroism.

What’s more, these iconic vehicles have been selectively coloured in gold ink, meaning they contrast magnificently against the perfect proof finish.

Your coin will also come ready to display in a presentation case with a certificate of authenticity.

A worldwide edition limit of just 4,950 coins means a sell-out is very likely, especially when you consider the popularity of coins honoring the brave sacrifices of all those who served and helped to end WWII.