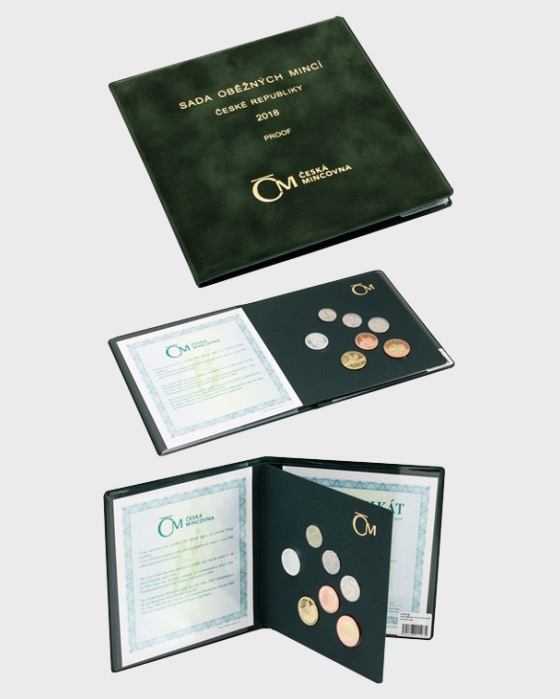 We celebrate not only the 100th anniversary of Establishment of Czechoslovakia, but also the equal quarter century of the Czech Republic and the Czech crown in 2018. Czech meet with circulation coins with the nominal value of 1, 2, 5, 10, 20 and 50 CZKalmost daily and most of them do not realize that they have small works of art in addition to the means of exchange. The Czech Mint therefore, in cooperation with the Czech National Bank, also coins the Czech currency in top proof quality, which is characterized by a mirror gloss and will delight every collector.

All coins have their authors. Have you ever wondered who is behind the Czech circulation coins? These are the four leading academic sculptors:


Coins with nominal values ​​of 1 and 2 CZK come from Jarmila Truhliková-Spevakova's workshop (* 14.11.1940). Her crown coin addressed the National Bank so much that it has already processed the two-crown coin as a direct contract without announcing the competition. The five-crown coin is the work of the legendary artist Jiri Harcuba (December 6, 1928 - July 26, 2013). One of his works came from the design of his older coins, which the Czechoslovaks paid with in times of socialism and federation. Ladislav Kozak (10 August 1934 - 22 July 2007) made 10 and 50 CZK coins. He received a prestigious award of the world most beautiful coins for the bimetal coin with our biggest nominal value. Twenty-one coin is the work of Vladimir Oppl (* 19 January 1953), who is among others the author of the Order of T. Masaryk, the most beautiful gold coin in the world and perhaps you still remember his fifty-haler.


The set of Czech circulation coins is accompanied by a silver commemorative medal, which commemorates Vaclav Havel on the occasion of the 25th anniversary of the Czech Republic. The academic sculptor Jiri Dostal dedicated the obverse side of the medal to the President's portrait surrounded by his name with highlighted initials ("V" symbolizes Havel's distinctive winning gesture, "H" evokes a window with iron bars that symbolizes the lack of freedom but is open to the whole world, life years, together with an inscription SYMBOL OF DEMOCRACY AND FREEDOM. The reverse side of the medal then belongs to the territory and state emblem of the republic, which gradually becomes a democratic instead of communist Czechoslovakia.

The elegant suede packaging also contains, next to six coins and silver medals, an authenticity certificate printed by the State Printing Works of securities.

Note: The suede set of coins has a different medal than a wooden set in the previous years.