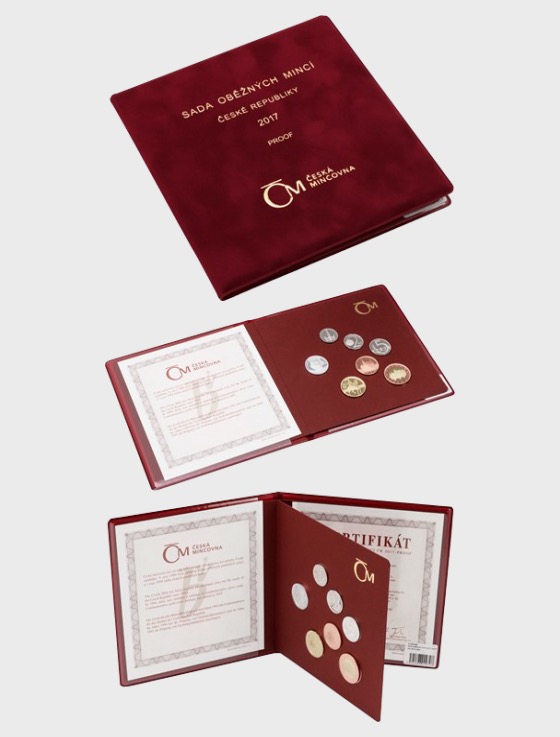 Czechs meet circulation coins with a nominal value of 1, 2, 5, 10, 20 and 50 CZK almost daily. They go through countless human hands, and therefore their most important qualities are resistance and durability. Besides the means of exchange, however, our coins are also small art works, and so the Czech Mint, in cooperation with the Czech National Bank, raises the delicate quality of proof, which is characterized by a mirror gloss and delights every collector.

All coins have their authors. However, have you ever wondered who is behind the Czech currency? These are four expert academic sculptors:

Coins with a nominal value of 1 CZK and 2 CZK were made by Jarmila Truhlíková-Spěváková (* 14/11/1940) - her crown coin addressed the National Bank so much so that it processed the two-crown as a direct contract without announcing the competition. The five-crown was made by the legendary artist Jiří Harcuba (December 6, 1928 - July 26, 2013) - the design of which came from his older coins, which the Czechoslovaks used to pay in times of socialism and federation. Ladislav Kozák (August 31, 1934 – July 22, 2007) is the author of the coins with the nominal values of 10 and 50 CZK. He received a prestigious award for the most beautiful coin in the world which is the bimetal circulating coin, with our biggest nominee. Twenty-one coin was made by Vladimír Oppl (January 19, 1953) - among others, he is the author of the Order of T. G. Masaryk, the most beautiful gold coin in the world and perhaps you still remember his fifty haler.

The ensemble of the Czech circulation coins is complemented by a commemorative medal of pure silver that has a relationship with our currency. It is based on today´s invalid 20 CZK coin made by Oldřich Kulhánek, who dedicated it to Přemysl Otakar I. The obverse side of the medal, which is the work of academic sculptor Vladimír Oppl and Klára Melichová, the daughter of Oldřich Kulhánek, is dominated by the portrait of the Czech king. The reverse side carries a royal crown, a decorative gothic ribbon and a seal of the Golden Bull of Sicily - a document that has provided Premysl's descendants with a breakthrough hereditary claim to the czech throne.

Six coins, together with the medal, are placed in an elegant suede packaging, including a certificate of authenticity printed by the State Printing Works of Securities.