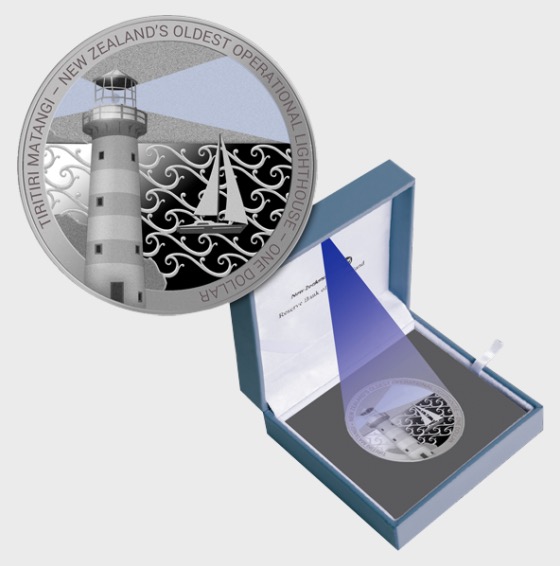 Tiritiri Matangi means something akin to ‘looking to the wind’. Nestled in the Hauraki Gulf of New Zealand, 30 kilometres north east of Auckland, this small island was set aside as a lighthouse reserve in 1840, shortly after the signing of the Treaty of Waitangi. The island’s iconic tower still stands today, surrounded by the verdant results of one of the most successful community-led conservation projects in the world.

By 1865 a prefabricated tower was operating on Tiritiri Matangi, beaming one million candlepower. This was increased to 11 million candlepower in the 1960s in an upgrade paid for by former Auckland mayor and philanthropist Sir Ernest Davis. After numerous complaints from mariners about its effect on night vision, the brightest light in the Southern Hemisphere was eventually automated and reduced to a sensible 1.6 million candlepower. The structure still operates, and it remains the oldest working lighthouse in New Zealand.

Lighthouse keeping was not for the fainthearted, and life for families posted to the Tiritiri Matangi station was no exception. Isolation meant no easy access to medical help for the sick or injured, nor could families benefit from being part of a community. Largely self-sufficient, they would grow their own food, receiving supplies from the mainland only four times a year. The last lighthouse keeping family arrived on Tiritiri Matangi in 1980. After the light was automated, Ray and Barbara Walter stayed on as employees of the Department of Conservation (DOC) managing the island’s visitor facilities and restoration project.

By the time the island’s 200-hectare government farm lease was withdrawn in 1971, Tiritiri Matangi barely resembled its former self. Over a century of farming had stripped the island of its native plantlife, and few birds could be found. Between 1984 and 1994, volunteers planted over 250,000 trees on Tiritiri Matangi. This project became so popular with community groups that a waiting list was formed, and a limit placed on the number of trees each group could plant. The completed project left the island 60% forested. To this day, the island is managed by DOC in partnership with Supporters of Tiritiri Matangi Incorporated, a community group that has been instrumental to the island’s successful restoration.

Tiritiri Matangi is now a thriving sanctuary for many endangered animal species, where native wildlife is free from the threat of introduced mammalian predators. Visitors are delighted by the sight of takahē, kōkako, hihi, brown teals, saddlebacks, kakariki, North Island robins, fernbirds, whiteheads, Duvaucel's geckos, tuatara and, at night, little spotted kiwi. In fact, there isn’t a much better place to walk amongst so many rare species in New Zealand.

New Zealand's oldest operational lighthouse is a well-recognised landmark. Here, the enduring Tiritiri Matangi breaks from its frame to sit near the edge of the coin as if coming out to meet you.

The blue light beam is made of UV ink that glows under black light. By day it is hidden and the lighthouse appears in a solid silver coin, and in the dark with the UV light embedded in the coin box, the light beam shines brightly over its harbour setting and illuminates a yacht from the nearby City of Sails, Auckland.

The ocean background is made from original koru-like motifs to connect the coin distinctly to New Zealand, and symbolise the churning sea.