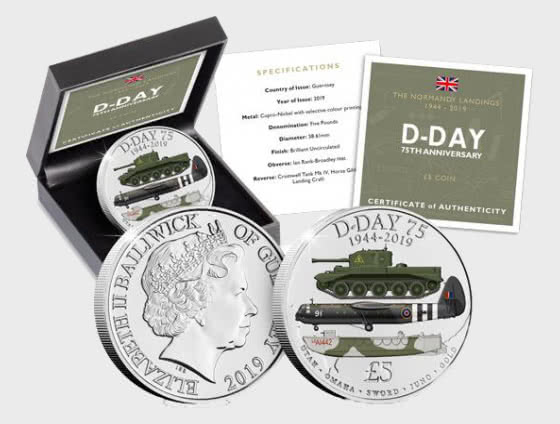 Around 156,000 Allied troops landed in Normandy on the first day of the D-Day liberation.

Now, 75 years on a stunning Proof £5 coin has been released to commemorate their bravery and heroism.

What’s more, these iconic vehicles have been selectively coloured in their military green camouflage, showing off the intricacies of such impressive transportation.

Your coin will also come ready to display in a presentation box with a certificate of authenticity.

The 75th Anniversary of D-Day is one of the most significant anniversaries of this year, and demand for commemoratives has been unprecedented. Make sure you do not miss out on this one.