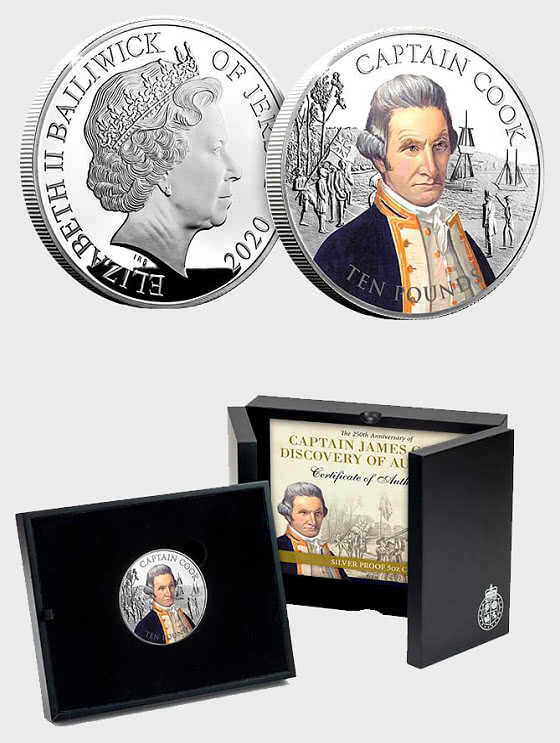 2020 marks the 250th Anniversary of this milestone Voyage of Discovery, and to celebrate, a highly limited Silver Proof 5oz coin has been released by Jersey treasury.

There are many reasons that this coin would take pride of place in any collection. But, if you need any convincing, here's four reasons that truly sets this issue apart and makes it highly collectable;

2. Sell Out Expected – JUST 200 coins have been released. A surprisingly small amount when you consider that the 2018 and 2019 Silver Proof £5 Captain Cook coins issued by the UK Royal Mint, each with edition limits of 4,795, completely sold out.

3. The Design – when combined with the low edition limit, this stunning portrait design of captain Cook by illustrator David Young is a true masterpiece.

4. Precious metal – each coin has been struck from FIVE ounces of Sterling Silver with the stunning addition of vivid colour ink to bring the portrait of Captain Cook to life.

And remember, considering the theme, a surprisingly low edition limit has been announced.