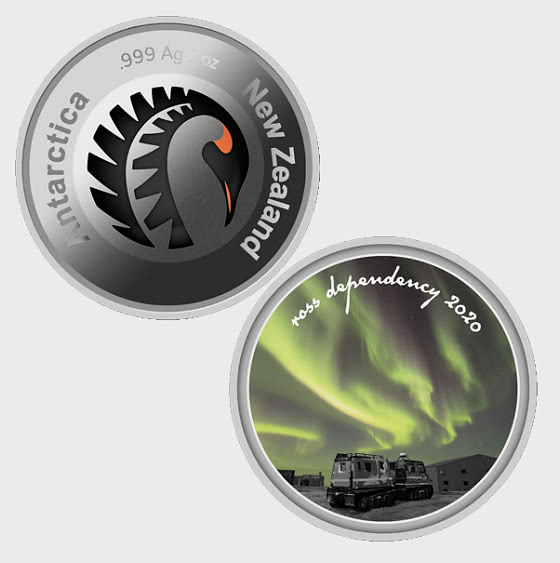 About 2020 Ross Dependency: Seasons of Scott Base Medallion

The spectacular sight of Aurora Australis, the southern lights, can be seen throughout the four-month winter night in Antarctica, and is celebrated here with a first-time 0.999 silver medallion.

Features the logo of Antarctica New Zealand on the obverse

A fantastic memento for scientists and fans of Antarctic exploration.

The reverse of this medallion features a stunning image captured by Scott Base electrician Jonny Harrison. The tractor in the foreground is captured in 3D relief, with the sky above semi-frosted and colour-printed. The metal shines through the ink to evoke the shimmering effects of the lights in the night sky. The obverse features the elegant logo of Antarctica New Zealand, with the outer ring mirrored, and with raised, semi-frosted text.