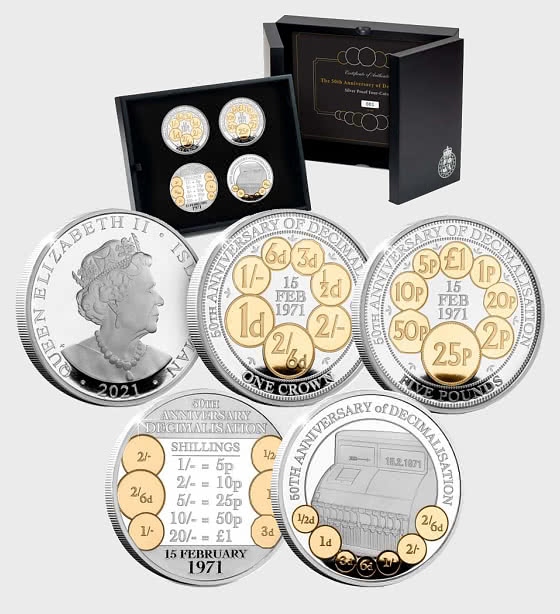 Decimalisation was perhaps the single biggest change to our currency in over a thousand years, and affected the day to day lives of every single person in the country in 1971.

FOUR COINS – each struck from 1oz of Silver with Gold-Plating

And perfectly joining these are a Guernsey £5 Coin paying tribute to the conversion posters that were used to help people with the transition on Decimal Day. As well as a Jersey £5 Coin featuring a traditional cash register which would have been used 50 years ago!

It’s extremely significant to see a combined issue bringing together coin releases from THREE different issuing authorities, making this an especially collectable release. And what’s more, each coin has been struck from 1oz of Silver with the addition of 24 Carat Gold-Plating, really bringing out these beautiful designs in best possible way.