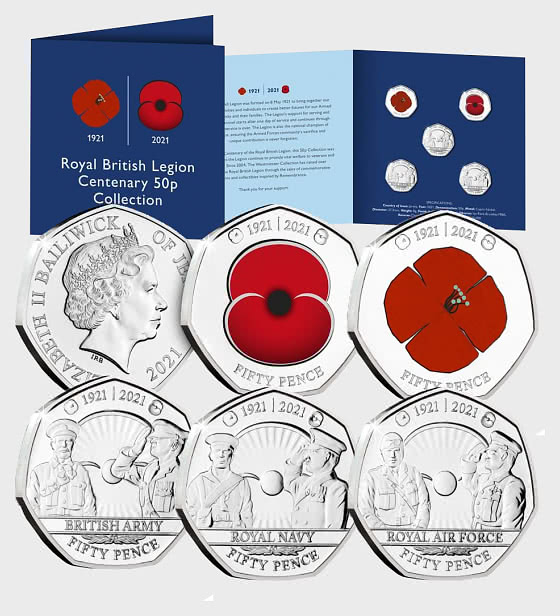 Included in the set are two special colour printed 50p coins – one featuring the modern RBL poppy, alongside the Heritage 50p coin representing the original poppies issued in 1921.

And perfectly complimenting these two coins are three Brilliant Uncirculated 50p coins paying tribute to the three divisions of the military – the British Army, Royal Navy and RAF. In a moving design, each coin shows a modern day soldier saluting their 1921 counterpart.

You will also be helping the Royal British Legion

This BRAND NEW 50p Set has been issued in support of the Royal British Legion, and collectors like you have already raised an incredible £1,000,000 for the RBL.

When you guarantee your order, a donation will be made on your behalf to help the Royal British Legion continue their work providing lifelong support for the Armed Forces community.