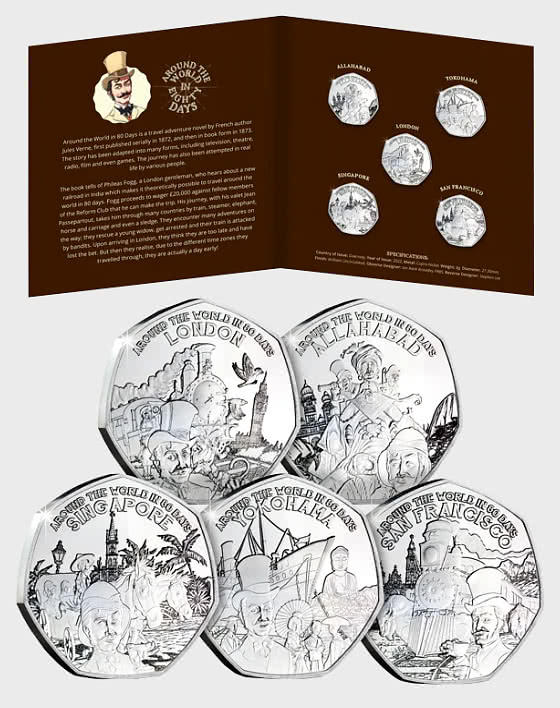 Five British Isles 50p coins have been released, issued to celebrate the 150th Anniversary of Jules Verne’s epic adventure story; Around the World in 80 Days.

A global hit when first released in 1872, it has since been translated into hundreds of languages, adapted into numerous films and TV shows and even inspired multiple real-life imitations. However, this is FIRST TIME the classic novel has been commemorated on a set of 50p coins.

FIVE 50p Coins Approved By Her Majesty the Queen

This stunning set – authorised for release by Guernsey Treasury and officially approved by Her Majesty the Queen – features FIVE coins each struck to superior Brilliant Uncirculated Quality.

Designed by renowned artist Stephen Lee, each 50p depicts a key destination that Phileas Fogg and his French Valet Passepartout visited in the book, so they could travel around the world in just 80 days; London, San Francisco, Singapore, Yokohama and Allahabad.

Only Way You Can Own All Five Coins