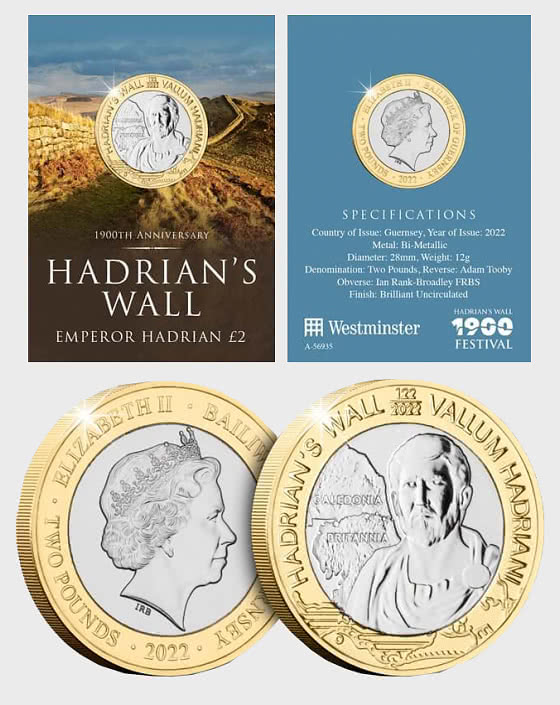 They came, they saw, they conquered. The Roman occupation of Britain still provides us with fascinating treasures. Coins, mosaics, artefacts — and of course their famous buildings and structures — perhaps most famously, Hadrian’s Wall.

Now, to celebrate the fascinating Roman history in Britain on the anniversary of Hadrian’s Wall, a BRAND NEW British Isles £2 coin has been released.

Featuring the Emperor Hadrian, who’s wall carries his namesake, this £2 coin is struck to a Brilliant Uncirculated quality, meaning you won’t find any scratches or marks that you would usually find or circulating coinage.

This is the first time that Emperor Hadrian has featured on a coin and considering that Roman history and even Roman coins are some of the most collectable themes, this is sure to be one of the biggest releases of the year.