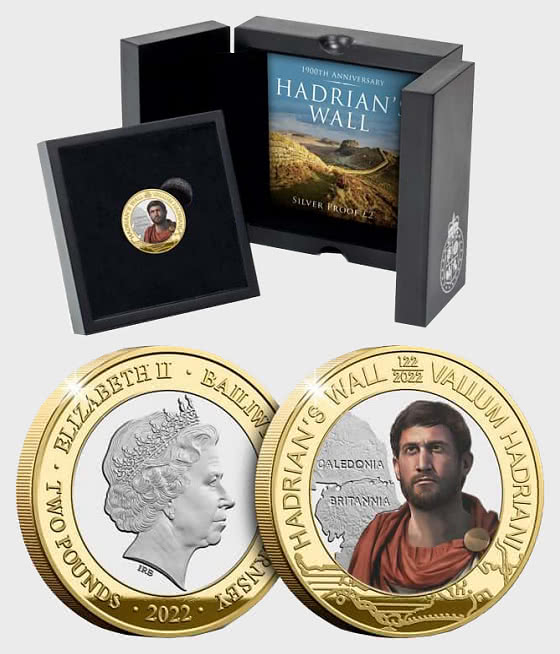 This year we celebrate 1900 years of Hadrian’s Wall — with the historic milestone being marked by festivals and events along the remains of the wall. But most importantly, it’s being celebrated with a new British Isles £2 coin.

To celebrate the fascinating Roman history in Britain on the anniversary of Hadrian’s Wall, a BRAND NEW Silver Proof £2 Coin has been released.

Struck from .925 Silver to an immaculate proof finish, your coin features designs by renowned digital artist Adam Tooby. Brought to life with a full colour portrait of Emperor Hadrian himself, your coin is authorised for release by Guernsey and fully approved by Her Majesty the Queen.

Importantly, it’s been released with a tiny edition limit of just 495.

That’s a minuscule edition limit. You’re probably already aware that British Isles coins are usually much scarcer than their UK counterparts, which is why collectors have to act quickly to add them to their collection.

But this is scarce even compared to other highly collectable British Isles issues.