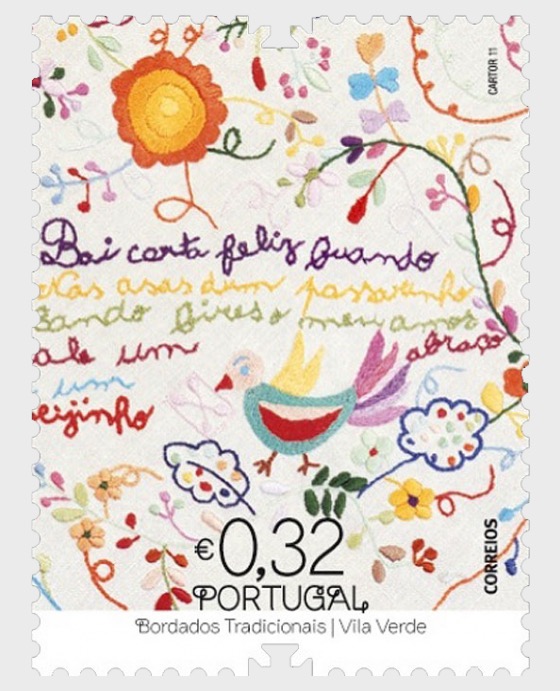 In our traditional society, the embroidery was, and is a female activity.
From an early age, girls learn, within the contact with older women of the family, the first points. In this 'school', the only that, many times, had access, was also initiated in other knowledge and secrets of life slowly unraveling came.
homely feel this in the long winter nights spent around the fireplace, rehearsing points are simpler and more complex, which were stored in small strips of cloth, known as Maps or showcases. These examples serve as a reference to a day later be played back on clothing and layette.
From north to south and the islands they wrote themselves, very original, true declarations of love, in love scarves. Marriageable girls to great pains in its composition, embroidering a set of reasons for loving great symbolism (hearts, birds, doves, albarradas, brambles etc..) Stressed that with verses. Once ready, the handkerchief was given to the spoken, which should use the festivities as a sign of commitment. Also the shirt of Guimarães, the groom wore on their wedding day, was lovingly embroidered by his fiancee.
embroidering was sent that message, as shown in the phrase that adorns the bag Glória do Ribatejo.
Among the works that the most beautiful brides performed, include the Quilt Engagement of Castelo Branco. Embroidered on natural linen color, with colored silk threads loose, show, in its composition, a strong Eastern influence.
Further south, arriving Arraiolos rugs that there are ancient and unknown origin.Also in these parts, the Eastern influence is present in the composition and choice of decorative elements - animals, flowers, albarradas - executed with polychrome wool yarn at the point of Arraiolos.
Across the sea, Madeira, to admire the embroidery most of us have internalized and which hold greater economic value. Released from the mid-nineteenth century, these works are for women's clothing and household linen to a clientele eager and appreciative of refinement. Today, like yesterday, is almost always choose the white fabrics, filled with elaborate compositions performed with the same color lines.
In the Azores highlight because it is less known, the Straw Embroidery, where small decorative motifs are executed with straw and chipped wires pita (aloe) on tulle, creating a huge light parts.
Today, the Embroidery identified as belonging to different regions of our country has specific characteristics that allow us to identify its origin. The result of a long evolution site, where various influences met and reinvented, embroidery is a product whose value exceeds the cultural significance of each piece. Farrajota Ataíde Magdalene Garcia