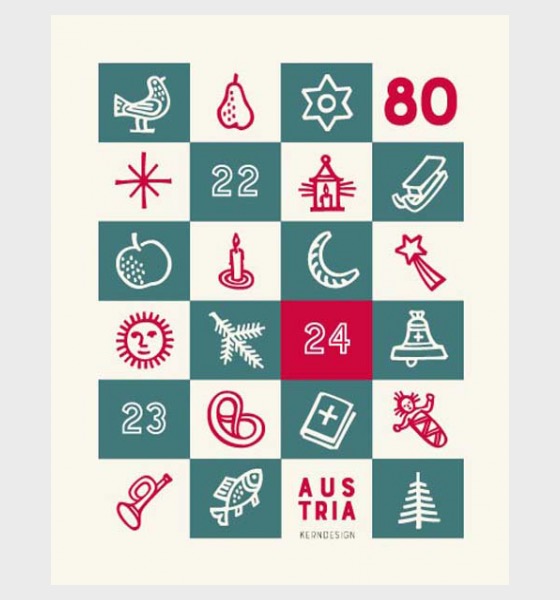 Every year the advent calendar is a sure sign that Christmas is approaching. With its 24 windows, it is a way for children in particular to help pass the time until Christmas Eve. The run up to Christmas actually starts during the autumn in shops and department stores, once the Halloween decorations are removed and their place on the shelves taken by chocolate St Nicholases and then Christmas baubles. This aside, there are also still traditions and customs associated with Advent in our culture. The name Advent comes from the Latin word adventus, which, roughly translated, means ?arrival?. It designates the period before Christmas, during which the Christian world is supposed to prepare itself for the birth of Jesus Christ as the incarnation of God. Advent does not start on a fixed date, but always on the fourth Sunday before Christmas Day, 25th December. Consequently, Advent always includes four Sundays, the Advent Sundays, on which we light a candle in our Advent wreath. Christmas Eve on 24th December is the end of Advent, and can also be the fourth Sunday in Advent. For this reason, liturgical calendars also have more windows, as they start to count down from the start of Advent and usually go on until the 6th January, the feast of Epiphany. The calendar with which we are more familiar is, however, a ?December calendar?: it counts down the days from 1st to 24th December, the date on which Christmas is celebrated here in Austria. We therefore have 24 boxes or windows to make the wait for the Christkind seem shorter and to increase the joyous anticipation. The origins of the Advent calendar can be traced back to the 19th century. It was often 24 pictures which were put up as Christmas approached or 24 chalk marks, one of which could be rubbed out by the children every day. Candles which are burned down to the next mark every day were also ? and still are ? popular. Printed calendars first appeared at the start of the 20th century, since around 1920 having little windows that can be opened. Today?s Advent calendars are primarily aimed at children. They often contain small, Christmas-themed chocolate figures, one for each day. Creative parents often make an Advent calendar from little sacks or boxes, which they fill with sweet treats or little surprises. Advent calendars with nostalgic images are also very popular. Decorating windows on buildings as Advent calendars is likewise popular, as, for example, is the case with the Town Hall in Vienna. The Christmas stamp shows an Advent calendar with 24 fields decorated with Christmas motifs such as candles and stars. The denomination and the imprint ?Austria? are also hidden in a window.