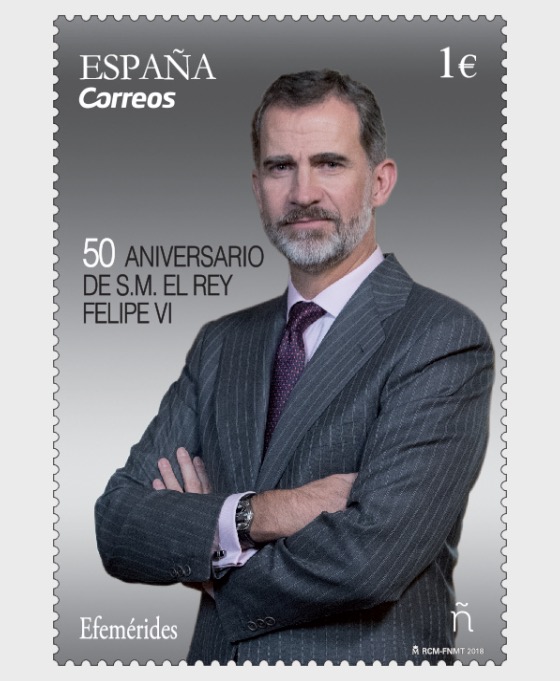 On January 30, 1968, the King of Spain, Felipe VI, was born at the Nuestra Señora de Loreto clinic in Madrid. At that time, his father, King Juan Carlos I, was the heir to the throne of Spain. And his birth was quite an event, because although it was the third son of the then princes Juan Carlos And Sofia, was the first male child. Don Felipe was always aware of the importance of his role in our country. He received a thorough academic, language and international relations training. When he was still a child, he delivered his first speech at the Prince of Asturias awards ceremony in 1981 and he already showed that he was perfect for the job. He completed his military studies at the Military Academy of Zaragoza and continued that training at the Military Naval School of Marin and the General Air Academy of San Javier. As his father said on the day of his abdication in 2014, "of the Prince and Princess of Asturias that has been in the history of Spain, he is the best prepared, although it is bad to say and brag, but I presume as a son". In his 50 years of life, Philip of Bourbon and Greece has walked around the world knowing how to be, his capacity for dialogue and his duty and pride towards Spain. Since he took possession of his reign, he has had a great international presence, visiting and receiving great personalities from all corners of the world. Together with Queen Letizia, they carry the name of Spain all over the world, thus taking care of relations with the rest of the international community. Felipe VI turns 50 years old with many duties fulfilled, although also, with a lot of work ahead, always watching over his country. The stamp that is issued shows the official portrait of the king on a silver foil background.