The Traditional Costume of the Thayatal - Set 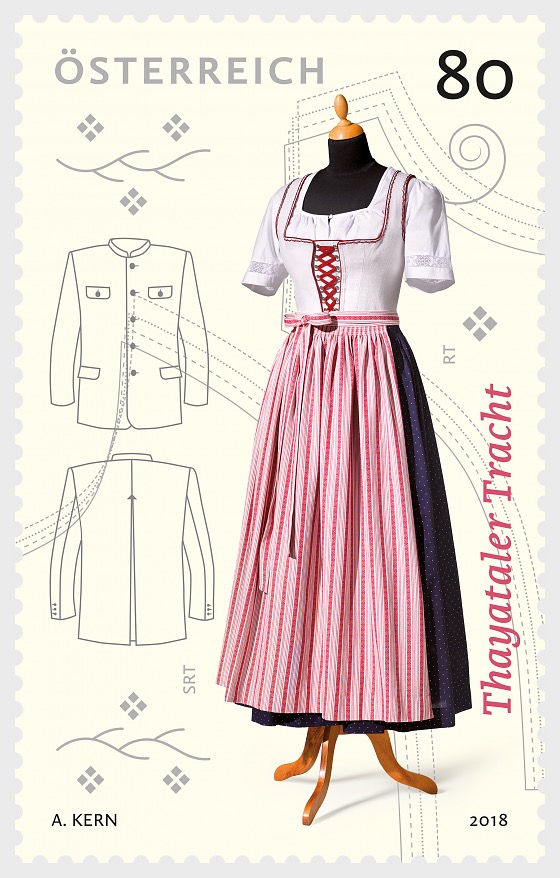 The Traditional Costume of the Thayatal - Set for only GBP £0.71

About The Traditional Costume of the Thayatal

In the picturesque Thayatal

Mention the Thayatal, and many people immediately think of the National Park Thayatal, which opened in 2000. Here, where the River Thaya forms the border with the Czech Republic, you will find a real natural paradise – diverse landscapes and an impressive variety of species make the National Park a perfect refuge for nature lovers. Its location in the border region has meant that the flora and fauna were long left to develop undisturbed. Across the border the national park continues as the Národní park Podyjí, also enticing many visitors across the Thaya bridge in Hardegg to the neighbouring country. The picturesque Hardegg Castle, the castle ruins at Kaja and Raabs Castle are also popular tourist destinations in the region.

The traditional costume of the Thayatal

The traditional everyday dirndl of the Thayatal comprises a light, usually natural-coloured top which laces at the front with a red ribbon. The slightly square neckline is emphasized by means of breast gores; the bodice is edged with red piping and embellished with embroidery at the edges, while the back is plain with a rounded neckline. The skirt is usually made of blue cotton with a finely scattered pattern or of checked sheeting, whilst the red and white apron to match the skirt has a finely striped or floral pattern. The dress is worn with a simple white dirndl blouse, possibly with lace trim on the sleeves.