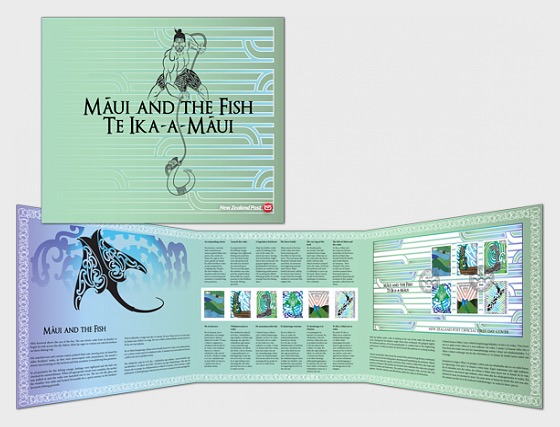 The legend of Māui spans Polynesia, and various accounts of the demigod's heroic deeds exist across Pacific nations. Te Ika-a-Māui is the thrilling tale of how the mischievous and curious Māui fished up the North Island of Aotearoa – New Zealand.

Māui and the Fish - Te Ika-a-Māui is one of many tales of the mischievous demigod chronicled for centuries across Pacific cultures. Despite the considerable distance between islands such as Hawaii, Tonga and even New Zealand, the similarities between many of the legends is uncanny.

Many versions of this story exist as it has been passed from generation to generation. We present this story with words by Louis Armstrong, Cultural Education Lead for the iwi of Raukawa in the South Waikato town of Tokoroa.

Excitement, curiosity and a mischievous nature pushed Māui into action. He could not shake the urge to stow away quietly on board his older brothers’ waka as they prepared for a fishing trip. Despite the fine weather, his intuition told him that a storm was looming and somehow it would bring him greatness.

In preparation for the fishing voyage, lashings were tightened, fishing nets and lines were checked, hooks were sharpened and the hull was checked for seaworthiness. The sea was like glass, the weather was calm and the winds looked favourable for a quick journey to the brothers’ favourite fishing grounds.

Māui lay hidden under a pile of clothing at the rear of the waka. He dared not move, fearing that his brothers might throw him overboard. He gripped tightly his late grandmother’s heirloom jawbone as comfort in his frightening predicament. On reaching the fabled fishing grounds, he would emerge from his hiding place.

Māui stood at the bow of the waka, his entire body straining with the effort to haul in his prize. The enormous fish thrashed violently back and forth, its immense tail triggering tsunami sized waves. Māui looked skyward, calling for divine intervention to give him the strength needed to overcome this mighty fish.

On breaking the sea surface, the fish hardened into a huge land mass. Māui lay on the waka after the fierce battle with the fish. Māui’s brothers jumped from the waka, retrieved the jawbone and used it to ruthlessly to carve up the land. These actions would set the future landscape of Aotearoa - New Zealand.

Te Ika-a-Māui and the waka are historic reminders of the heroic deeds of Māui that formed both the North and South Islands of Aotearoa – New Zealand. This story is only one of many versions passed down from generation to generation depicting the creation of this unique paradise called home by many.

Many versions of this story exist as it has been traditionally passed from generation to generation. We present this story with words by Louis Armstrong, Cultural Education Lead for the iwi of Raukawa in the South Waikato town of Tokoroa. Read and learn more about this special piece of New Zealand mythology.