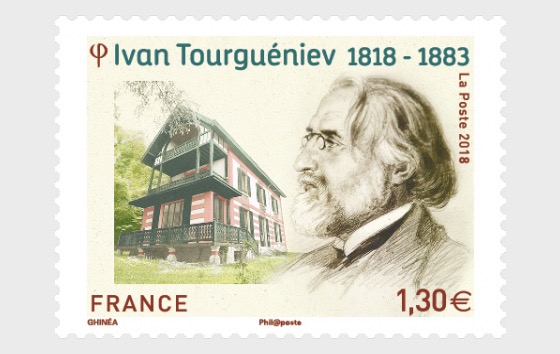 Ivan Sergeyevich Turgenev was a writer, novelist, novelist and a great Russian classic. A fierce opponent of serfdom, he fought to uphold freedom and human rights. These ideals will constantly nourish his work, which will contribute to the development of progressive ideas in Russia.

Born on October 28, 1818, in a well-to-do family, of noble and aristocratic origin, he grew up in Spasskoe, which will be his creative laboratory all his life. He found a palliative to the despotism of his mother and to the deep disagreement of his parents, shared between long hikes in the land, hunting, contact with nature and the peasants, reading Russian classics of the eighteenth century and French writers of the century. Lights, and learning French and German.

1843 - beginning of his literary career with the poem Parashas noticed by Belinsky, who will be his master of thought, particularly in matters of Occidentalism; that same year, he falls in love with Pauline-Garcia-Viardot, for whom he will experience a deep and prolonged love.

From 1847 to 1850, Tourgueniev lives in France and publishes a lot, including the play A month in the country.

1852 - publication of the collection The memories of a hunter, plea for the abolition of serfdom, which earned him a month in prison and house arrest in Spasskoie.

In the 1860s, he published a lot in France but relatively little in Russia. Slavophiles win their fight against Westerners.

In 1861, serfdom was abolished; he publishes Fathers and Sons, a symbol of the passage from the old to the new Russia.

The profound complicity between Ivan and Pauline, and the real and sincere friendship between Louis Viardot, Pauline's husband, and Tourgueniev, will follow them to Paris, Courtavenel-en-Brie, St Valery-sur-Somme, Baden- Baden, Berlin, London and Bougival in 1874.

During the last ten years spent in Bougival, he will devote himself to his favorite pursuits, hunting and literature. Reached a cancer of the spine, he dictates to Pauline A fire at sea and prophesies the events of Russia. He died in Bougival September 3, 1883 and will be buried in St. Petersburg.