50th anniversary of the first flight of Concorde - Set 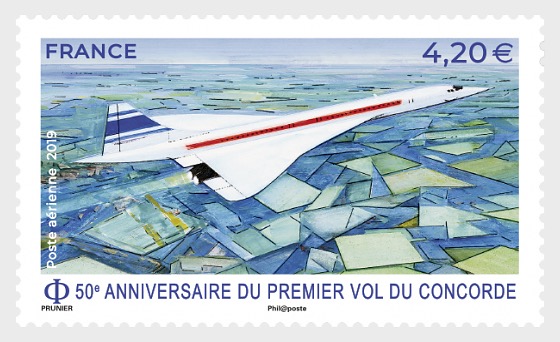 50th anniversary of the first flight of Concorde - Set for only GBP £3.68

About 50th anniversary of the first flight of Concorde

The first flight of the Concorde prototype 001 was over Toulouse on 2 March 1969. This 29-minute flight is the culmination of five long years of research from the association of the French company Sud-Aviation and British Aircraft Corporation. These companies, which had previously each developed their own supersonic programs with respectively Super-Caravelle and Bristol 223, were thus able to share the costs, the means of production and realization of a project that had become common, and thus cope with Soviet and international competition. US. Each of these nations then has the wish and the capabilities to put into operation a supersonic passenger plane. The American project Boeing 2707 will not follow. The prototype of the Soviet Tupolev Tu-144 flies on December 31, 1968. The prototype 001 of the Concorde leaves the hangars of Toulouse on December 11, 1967. After many ground tests, it performs its historic flight. The prototype 002, which is assembled in Filton, England, flies on April 9, 1969. From these places are also released two pre-production Concorde, 101 and 102, then 16 Concorde series, from 201 to 216, including two are kept for testing. 14 aircraft will be bought in equal quantities by the only two companies that operated the plane: Air France and British Airways. The certificates of airworthiness are obtained on October 13 and December 5, 1975, and on January 21, 1976 are the first commercial flights. A thin and long fuselage of 61.66 m, wings in evolutionary delta - or "gothic" wings because of their curvature - of 25.60 m of span and engines manufactured by Rolls-Royce and SNECMA compose the Concorde series. The four Olympus turbofan engines power the 185-tonne aircraft that carries up to 128 passengers at a cruising speed of Mach 2.02 to 16,000m above sea level. New York is at 3:30 from Paris. During the 27 years of his career, Concorde is, and still remains today, the only airliner having accomplished regular supersonic international connections. More than an airplane ... a myth.