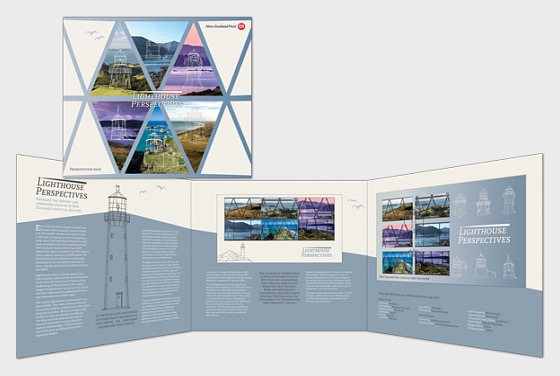 Ever since the first voyagers arrived from Hawaiki, New Zealand’s rough coastline and changeable weather have proved both a risk and a challenge to those attempting to make land. Oral histories indicate that waka were wrecked as the first people discovered New Zealand’s shores. Over 1,500 shipwrecks were recorded in the 19th century alone, causing upwards of 2,000 deaths. The New Zealand government was eventually convinced to act, and lighthouses began to form a significant presence in Aoteoroa by the 1860s.

The earliest lighthouses had fixed lights that did not flash. These were eventually phased out as they could be confused with other lights along the shoreline. These early lights were fuelled by colza oil, and then paraffin oil. The long wicks on these lamps had to be trimmed constantly to ensure they emitted enough light. This formed just one of the many gruelling duties of the lighthouse keeper.

The position of lighthouses meant light keepers and their families had to live in exposed and remote locations, with often inhospitable weather conditions. Lodgings could be cold, cramped and damp. The surrounding environment was often dangerous for young children, accidents were common and there would have been no immediate access to medical help.

The lighthouse keeper’s main challenge was to remain awake through the night, with the light inside the lighthouse itself only just bright enough to read a book by. When lights used fuel, two or three lighthouse keepers may have rotated through the small hours to keep it burning. Every two years lighthouse keepers and their families would move to a new station. This allowed them to progress from assistant to principal keeper, and shared the burden of the more isolated, uncomfortable and bleak stations among the keeping families.

Despite the introduction of modern navigation technologies, lighthouses appear to have a future in New Zealand. They are considered to be an essential safety net that will always serve a purpose in the event of technological failure. They are also sustainable, with 70 per cent of lighthouses now solar powered.

Erected in 1884, New Zealand’s oldest wooden lighthouse was built in an area with a history of over 150 shipwrecks. Decommissioned some years ago, it is now maintained by Heritage New Zealand.

Built from Australian iron bark and totara, the structure at Manukau Heads is a popular tourist destination, cared for a by a local community trust.

Sitting just three metres above sea level, this small structure was first lit in 1884. It illuminates the narrow channel between D’Urville Island and the mainland near the north-eastern tip of the South Island.

Also known as Tokata lighthouse, the structure at Nugget Point began operating in July 1870. Lighthouse keeping families faced cold and difficult living conditions at this posting but benefited from its proximity to Kaka Point township.

Situated on the south-west extremity of Fiordland in the South Island, the original wooden structure at Puysegur Point became the victim of arson in 1942. Its cast iron replacement was one of the last stations in New Zealand to be automated.

Lighthouses come in various shapes and sizes and materials, influenced by the architecture of the time, the resources available and the positioning of the structure. The unique designs of lighthouses are part of their charm, and they make popular pilgrimages among local and international travellers alike. Learn more about the history of these fascinating structures with this presentation pack. It includes a first day cover, a miniature sheet and a set of six stamps.