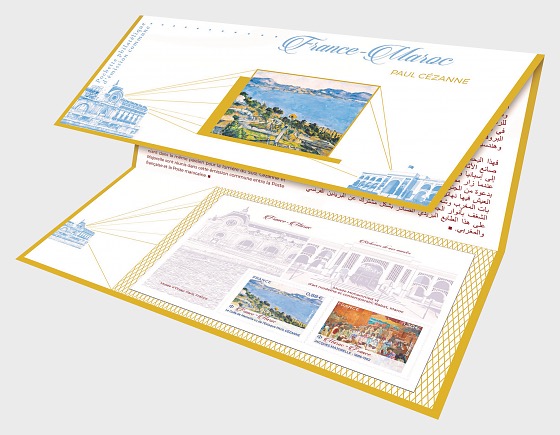 From the Sainte-Victoire mountain to the Estaque, Provence modeled the imagination of Paul Cézanne (1839-1906). This son of a banker from Aix abandons the right to devote himself to painting. His failure in the competition of the School of Fine Arts in Paris places it immediately in the margins of the official art. Often dark, his early paintings reflect his tormented soul. Working on the landscape on the motif, he clarifies his palette and participates in 1874 in the first Impressionist exhibition. Regularly staying in Provence, he goes beyond Impressionism with his more abstract and geometrical vision of nature, paving the way for the avant-gardes of the 20th century.

The same quest for light leads Jacques Majorelle (1886-1962), son of the great cabinetmaker at the École de Nancy, first in Brittany, then in Spain and Italy. In 1910, in Egypt, he discovered, fascinated, the culture of Islam. At the invitation of General Lyautey, he stayed in Morocco in 1917, in Casablanca and Marrakech, where he settled definitively two years later. He will create his famous gardens there. Morocco, its people, its landscapes, its colors form from now on the heart of its inspiration. Communicating in the same passion for the light of the South, Cézanne and Majorelle are gathered in this joint issue between the French Post Office and the Moroccan Post Office.