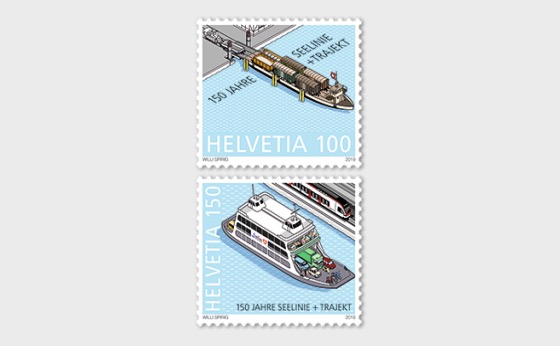 Does the expression “train ferry transport” ring any bells? It means “the loading of railway carriages onto ships”. This form of transport was used on Lake Constance for a long period of time. The railway line along the lake also played an important role in the process. 150 years Lake Line + train ferry is a double anniversary.

The rst section of the railway line from Romanshorn to Rorschach was opened in 1869, and the train ferries from Romans- horn to Friedrichshafen and Lindau began operating at the same time. This created cross-border connections which were used to transport grain freight wagons in particular.

Despite interruptions during the World Wars, the train ferries continued to operate until 1976. This mode of transport was twice as expensive as rail transport over land, but also twice as fast.

The Lake Line, meanwhile, is still in use to- day. It continues to be a vital link for the region and was expanded when the Swiss Federal Railways last changed its timetable. The anniversaries of the Lake Line and the train ferry will be celebrated at several locations around Lake Constance on therst weekend of May 2019. And, of course, a number of special trips on water and by rail will be on offer.