The Traditional Costume of Carinthia - Set 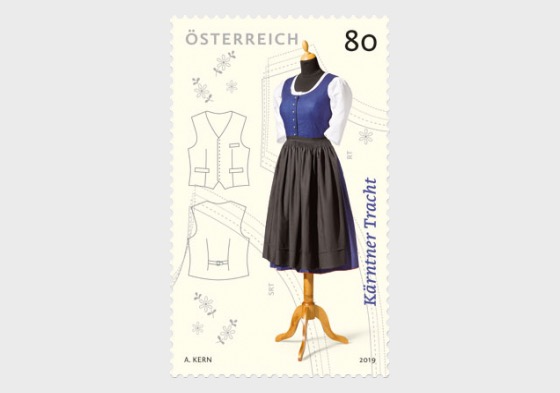 The Traditional Costume of Carinthia - Set for only GBP £0.75

About The Traditional Costume of Carinthia

A simple dress made of dark blue cotton with white spots is fastened with silver buttons. The hemline is trimmed with red. Above the rounded neckline a simple white blouse peeps out, the medium-length sleeves of which are decorated with a lace border. A monochrome black cotton apron rounds off the costume, although a white apron decorated with tendrils of red and blue flowers can be worn instead. Married women wear the bow on their apron tied on the right-hand side; unmarried ladies, on the left. On special occasions the traditional costume is also worn with a long skirt and a fancy blouse with longer, puffed sleeves, gathered below the elbow and with decorative stitching on the shoulders.

The pattern of the spotted material was created out of necessity: there was not enough money to allow for an elaborate design when dyeing the fabric blue, so wooden nails were hammered into a board. During the staining process pressing these into the fabric prevented the colour from being taken up, and in this way, the white spots were created.

Traditional costumes remain extremely popular to this day. In addition to the traditional costume for the entire province of Carinthia, there are around eighty other officially registered variants of traditional dress to be found in Austria’s most southerly province.