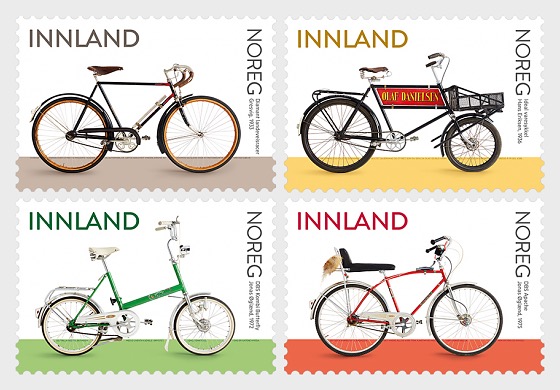 A love for bicycles

Jan Petter Brennsund has been passionate about bicycles for as long as he can remember. He worked in a bike shop for a while and became an expert at refurbishing not only the bicycles themselves but also their stories. When he discovered the bicycle workshop Den Rustne Eike (The Rusty Spoke) in Oslo and became acquainted with the owner, Einar Bowitz, a new chapter started in his life.

“Many people probably know about the small workshop Einar Bowitz had on Oscars Gate. It was an institution for 25 years thanks to his overwhelming enthusiasm for classic bicycle culture and vintage bicycles. When the workshop closed in 2007, he moved to a private warehouse off Sofies Gate, where he continued to sell refurbished second-hand bicycles. I have now taken over,” explains Brennsund.

“Interest in old bicycles is much like the emerging interest in vinyl records, and the streets of Grünerløkka are filled with retro bicycles, to say the least.” At Den Rustne Eike, tyres and inner tubes are the most sought-after products, but a lot of faulty brakes and gears are fixed as well. Seats and pedals are popular, and occasionally a bike is sold, too. “I recently sold a women’s bike to the movie Out Stealing Horses,” says Brennsund.

“The oldest bicycle here must be from 1895, when Norwegian bicycle production began,” he continues. There are currently 1,300 registered Norwegian bicycle brands to date, but it is assumed that the actual number is closer to 2,000. Norway manufactured its own bicycles for more than 100 years until the DBS factory in Sandnes closed in 2000 and most of the equipment was sold to Brazil.