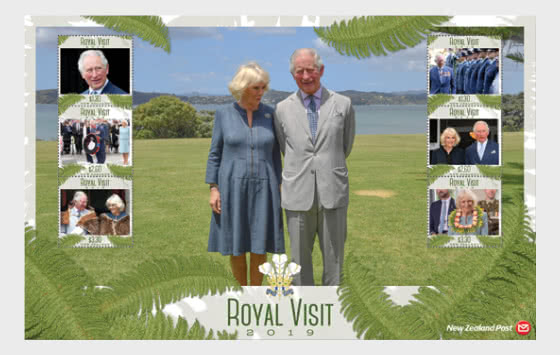 On 17 November 2019, Prince Charles, the Prince of Wales and heir to the throne of New Zealand, began a six-day tour of Aotearoa with his wife, Camilla, the Duchess of Cornwall. This trip will be Camilla’s third and Charles’ tenth.

Royal tours have taken place in New Zealand since Queen Victoria’s son Prince Alfred visited in 1869. Over the years since, these tours have helped deepen the monarchy’s connection to this country and woven the royals into our consciousness, our culture, and our constitution. They have been occasions for New Zealanders to meet their monarchs in person and to demonstrate what makes this country so great. In this way, every tour is a national conversation, an opportunity for the royals to learn about the issues and causes that matter to Kiwis. It also allows us to show the royals, and the wider world, our unique national arts, culture, and industries.

Prince Charles is no stranger to the Land of the Long White Cloud. Having been here many times before, he has travelled to virtually every corner and met people from all walks of life. He follows in the footsteps of three generations of his family. Queen Elizabeth II and Prince Philip first came here in 1953, the first time a reigning sovereign set foot in New Zealand. They were preceded by the Queen’s parents, who visited in 1927 as the Duke and Duchess of York, before they became King George VI and Queen Elizabeth. Before them, King George VI’s parents, the Duke and Duchess of Cornwall visited in 1901, nine years before they became King George V and Queen Mary.

So often, people think that the monarchy is about the past and mainly focussed on history, yet, it is equally about the future. Charles has been followed to New Zealand by both his sons and his grandson George. He is an important link in a bond between New Zealanders and more than six generations of Aotearoa’s royal family.

Though Charles’ great-great-great grandmother, Queen Victoria, never had the chance to see New Zealand for herself, her connection to this country, through the Treaty of Waitangi, is at the foundation of our modern history. That connection is something that will be recalled when he travels to Waitangi this year. It will not only be a recognition of our remarkable constitution, it will be a tangible illustration of royal whakapapa.

This trip will focus on many of the passions Charles shares with New Zealand. He is well known for his commitment to the environment and this trip will allow him to see some of this country’s innovative efforts to battle climate change and eliminate pollution.

The prince’s commitment to multiculturalism and interfaith dialogue is recognised all over the world. His visit to Christchurch and to the Muslim community there is an expression of his hope for tolerance and reconciliation among all peoples.

Prince Charles is a living link to our history, but he is certainly also committed to a better future for this country and the world. His children and grandchildren will someday be sovereigns of New Zealand and, no doubt, they will continue to champion the important work and issues that he has undertaken throughout his entire adult life.