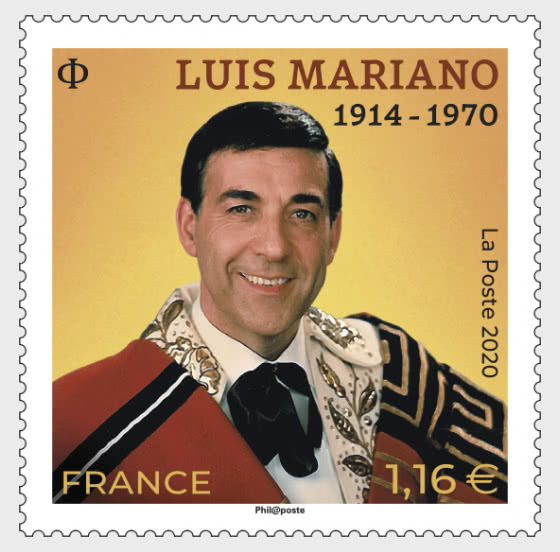 "Luis Mariano was born in Irun on August 13, 1914 after his family name Luis-Mariano Eusebio Gonzalez. His family took refuge in France during the Spanish Civil War. Young Luis, attracted by the drawing, entered the Bordeaux School of Fine Arts, where he was noticed by Jeannine Micheau, who took on the stage at the Palais de Chaillot in December 1943.

He meets Francis Lopez and Raymond Vinci. He created their first operetta "La belle de Cadiz" which was to decide his career. The show will run for two years.

The popularity of Luis Mariano continues to grow. For ten years he dominated the world of song and operetta. The bright point can be in 1951-1952, the time of the "Singer of Mexico" and of the film "Imperial Violets".

In December 1969, he ensured the creation of the "Caravelle d'Or" at Châtelet, but struck down by illness he had to give up his role after a few months. He rests since 1970, in Arcangues, a small village in the Pyrénées-Atlantiques "