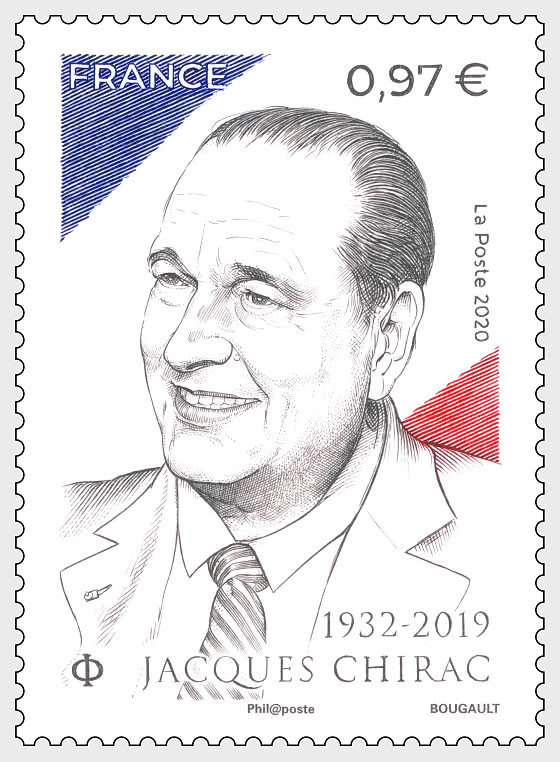 Not for a minute did I stop acting to serve this magnificent France, this France that I love as much as I love you. "Jacques Chirac's last televised speech, on March 11, 2007, resembles a declaration by 'love.

Born on November 29, 1932, grandson of Correze teachers, Jacques Chirac is a pure product of republican meritocracy. If its two feet are rooted in the provincial soil, its ambition is national and its meteoric rise. Member of Parliament at 35, the one Pompidou nicknamed the “bulldozer” climbed the steps of power four to four: Secretary of State, Minister, then twice Prime Minister, and finally President of the Republic elected in 1995 and re-elected in 2002. His forty years of political life merge with the history of the Fifth Republic!

This man in a hurry, always in action, sometimes beaten and never beaten, has always sought the right balance between the release of energies, a source of growth, and the policies of solidarity which are the cement of national unity. From “French Labor” to the unifying father of the nation in 2002, gathering 82% of the votes on his name, through the liberalism of the 1980s or the denunciation of the social divide in 1995, “In a changing environment, there is no greater risk than to stand still, ”he said.

A hedonist, bon vivant, endowed with a solid fork, he is esteemed by the French, even by his opponents. Embodying France, knowing how to stand up to the United States during the intervention in Iraq (2003), sounding the ecological alarm, he is seen as a sympathetic president, close to the people. Passionate about non-Western arts, he is at the origin of the Quai Branly museum, which now bears his name and which creates a dialogue between cultures. He who, as a teenager, collected stamps, would have appreciated this philatelic tribute. "The stamp," he said, "is a miniature world in which everyone can project themselves, find something to learn and, above all, dream.