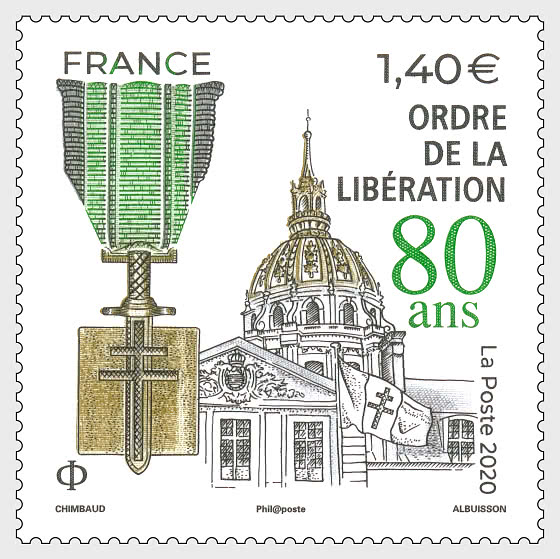 About 80 Years Order Of Liberation

"The Order of the Liberation was created by General de Gaulle on November 16, 1940 in order to" reward persons or military and civilian communities who have distinguished themselves in the work of liberation of France and its Empire ". The Cross of Liberation, insignia of the Order, was awarded to 1,038 individuals, 18 military units and 5 municipalities (Nantes, Grenoble, Paris, Vassieux-en-Vercors and Île-de-Sein) only. This distinction, the rarest and most prestigious of the Second World War, mainly honors pioneers of the Resistance and Free France with an exceptional career.

On February 9, 1943, General de Gaulle instituted the French Resistance Medal to more widely reward resistance titles and to mark the specificity of this unprecedented fight. He entrusted the chancellery work to the Order of the Liberation. It was in 1967 that the grand master decided to install the Order in the Robert de Cotte pavilion at the Hôtel national des Invalides. This contributes to inscribing in this place, symbol of national military glory, this giant of the 20th century, in the wake of his predecessors, Louis XIV and Napoleon Bonaparte. In 1970, the Museum of the Order of the Liberation was created in this prestigious setting. The latter highlights the role played by the Companions of the Liberation in Free France and in the Resistance from 1940 to 1945. "