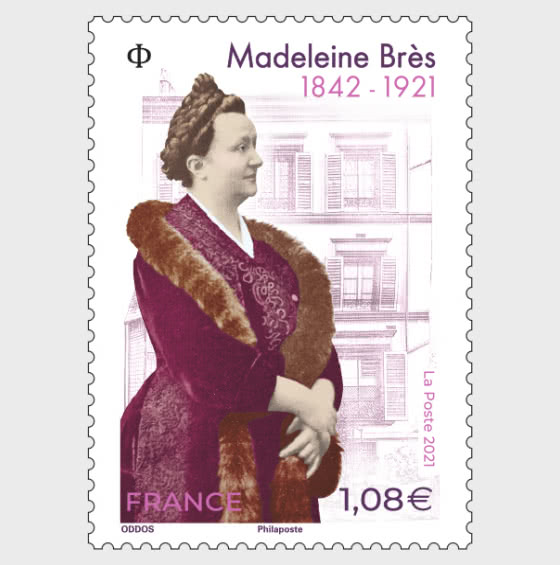 "By her hard work, by her zeal in the hospital service, we are pleased to recognize that Ms. Brès, by her perfect dress, justified the opening of our courses to female students and obtained the respect of all students. With which she was necessarily in touch. "

Schooled until the age of 10, pregnant at 15, married immediately, the young years of Magdeleine Gebelin, wife Brès, promise her a very classic future. Yet at the age of 24, when her third child was only a few months old, she decided to take charge of her life and prepare for her bachelor's degrees in order to fulfill her dream of being a doctor. At the start of the school year in 1868, Madeleine Brès was among the first four women registered. She is the only French. Very much appreciated, she was appointed provisional intern at the Pitié hospital during the war of 1870. However, at the end of the war, the Public Assistance des Hospitals in Paris took back the acquired title. Preparing for her doctoral thesis in order to be able to practice, Madeleine Brès chose to study the chemical and biological composition of breast milk in Wurtz ' s laboratory. Then separated from her husband, she meets Louis Magnier de la Source with whom she lives freely and will have a fourth child.

She immediately opened a consulting room for women and children, then gave public lectures on breastfeeding, ran the medical department in several theaters, opened and ran nurseries. Known and recognized, she was honored with the title of Officer of Public Instruction in 1887.

She, who led her life asserting her independence and freedom both in her private and professional life, she, who fought to open the doors of the university to women, nevertheless proclaimed her anti-feminism. Despite herself, Madeleine Brès was and remains a role model for every feminist claiming the right to live as freely as she is.

Doctorate in epistemology and history of science