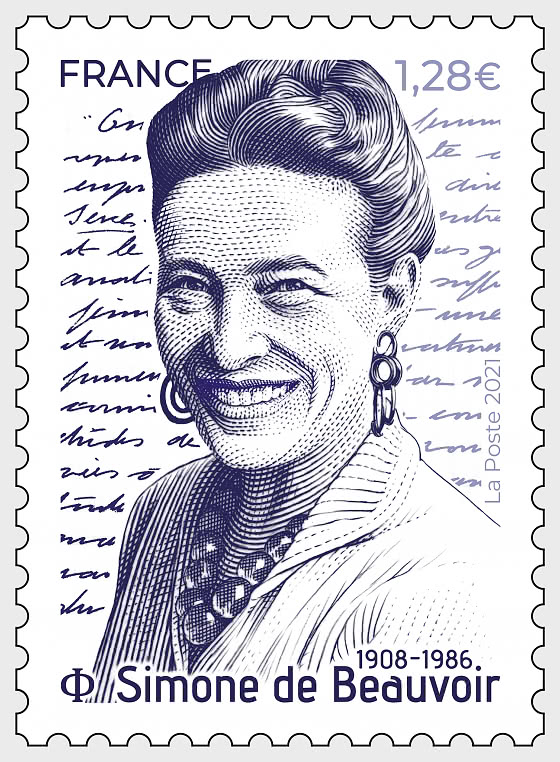 "Simone de Beauvoir, born January 9, 1908 in Paris, conquered in her youth, against her bourgeois background," the difficult glory of free existence. "In 1929, admitted to the agrégation in philosophy, she met Jean-Paul Sartre "Absolute brotherhood", unclassifiable, their union will last 51 years. From 1945, they face the fires of celebrity together.

Love for life and passion for truth nourish her vocation to write: novelist with L'Invitée, Les Mandarins (Prix Goncourt 1954) or Les Inséparables, autobiographer with the rich collection of her Memoirs and Une mort très douce, she is a theorist. with his essays The Second Sex or The Old Age. She is also a diarist, playwright, author of travel chronicles, and a very great letter writer (Letters to Sartre, to Bost, to Nelson Algren). Founder with Sartre of the review Les Temps Modernes, she is involved in most of the liberating causes of the 20th century, taking sides against the colonial wars: Indochina, Algeria, Vietnam. Since The Second Sex has become the inspiration for feminists around the world, she shows solidarity with their actions.

She knew not to sacrifice the private for the public, taking on an infinite price the intimacy of love, of friendship. Generous, open, she has maintained an abundant correspondence with her readership. A great walker, and tireless traveler to the end - I accompanied her for 26 years - her curiosity never died out. It is the Beauvoirian tone, her rare talent, in speaking of oneself, of speaking about others, as "word of mouth", of "communicating in what separates us", that explains the immense influence of Simone de Beauvoir. It is not surprising that a very long, emotional procession accompanied his funeral on April 19, 1986.