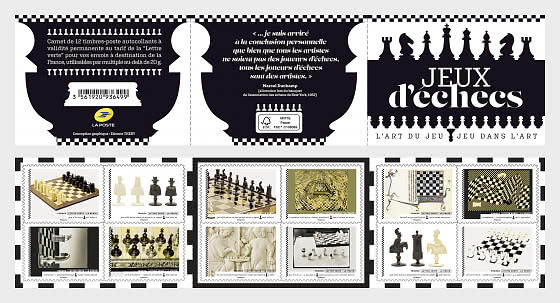 "Booklet of 12 self-adhesive postage stamps entitled" "CHESS GAMES - THE ART OF THE GAME - GAME IN THE ART" "intended for enthusiasts of this game, art lovers and everyone. this notebook are illustrated with works of art and works of art from various periods.

1st line, from left to right

- Chess game and its lacquer board - 19th century

2nd line, from left to right