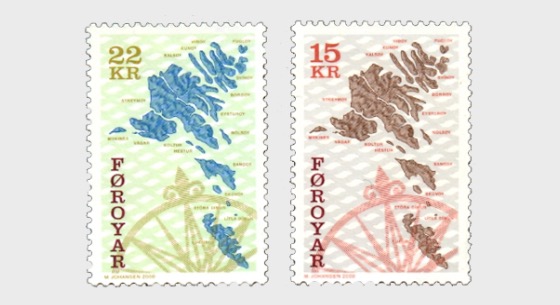 The evolution of the North Atlantic Ocean
Approximately 200 million years ago, the earth landmasses were united in a single super-continent, known as Pangaea. The Atlantic Ocean did not exist. North America, Greenland and Western Europe were joined, as were North America and North Africa.

The opening of the North Atlantic Ocean happened in three stages beginning in the end of the earth's middleage.

1. The first stage was an opening of the Faroe-Shetland channel and the Rockall-Through causing the division into the American and the Eurasian continents.

2. The next stage took place between Greenland and Labrador, dividing these continents.

3. The third and final stage took effect some 60 million years ago and began when Greenland and the Faroe/Rockall Shelf separated. The split took place along a rift on the present-day Mid-Atlantic Ridge. Extensive volcanic eruptions developed as intrusions in the continental crust and as open volcanic eruptions in Greenland, on the Faroe/Rockall Shelf, to the south on the west coast of Scotland, and yet further south at the northeast corner of Ireland. Part of the landmass sank so that today the Rockall Shelf, apart from Rockall itself, and large parts of the northwest of Britain are now under water.

About 70% of the earth's surface consists of ocean crust, which was formed from the lava flows occurring at the time of the splitting of the crust. These areas usually lie deep under water and are therefore difficult to study. The Faroes, however present a special case, as here some of the phenomenas associated with the rifting of the ocean crust can be viewed on land.

The seabed of the Faroes
The shelf is most extensive to the east. Far out from the islands are the banks Nólsoyarbanki (138 m), Sandoyarbanki (149 m) and Suðuroyarbanki (160 m).

To the southeast of the Faroes the shelf slopes gently down to 200 m at a distance of 50 km from land. From here it descends more steeply to 400 m and then rises up again to 200 m. Approximately 120 km from land the slope begins, and the seabed drops into the Faroes-Shetland Channel.

Northwest of the islands the shelf slopes gently down to 200 m. To the north, along the ridge between the Faroes and Iceland, depths are between 400 and 600 m.

The majority of the seabed on the shelf consists of basalt, as do the islands themselves. The rock bed often displays curved depressions filled with coarse sand and shell remains; the bed is soft only in a few narrow bays and fjords and out in deep water.

The contours of the Faroese Shelf and the Faroes-Iceland Ridge make this a threshold where an exchange of waters takes place between the warmer Atlantic to the south and the deep cold North Atlantic to the north. Warm water flows out of the Atlantic Ocean over the Iceland Ridge into the Arctic Ocean. The oxygen-rich water-cools, sinks to the floor, and as ice-cold base water flows out of the Arctic Ocean along the Faroese Shelf, south through the Faroese-Shetland Trench and back into the Atlantic Ocean. This exchange of waters between the Atlantic and North Atlantic, guided by the contours of the Faroese seabed is part of the worldwide system of ocean flows.