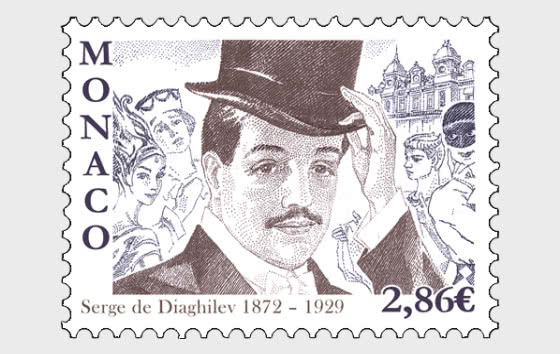 About 150th Anniv. of the Birth of Serge de Diaghilev

Born 150 years ago, on March 19, 1872, Serge de Diaghilev was one of the most important promoters of Russian art abroad. In 1909, he revolutionized the world of dance with the first performances of the Ballets Russes at the Théâtre du Châtelet in Paris, which combined vitality, grace, originality and virtuosity. Diaghilev's masterful productions confronted the greatest dancers, choreographers, artists and composers such as Nijinski, Pavlova, Fokine, Massine, Debussy, Stravinsky, Prokofiev, Bakst, and Picasso to name but a few. From 1911, his company performed regularly in Monte-Carlo and certainly contributed to its artistic influence. Diaghilev brought modernity, experimenting with new styles of movement, themes and settings. Some of these most striking creations, such as The Afternoon of a Faun (1912) and The Rite of Spring (1913), caused a scandal at the first performance.