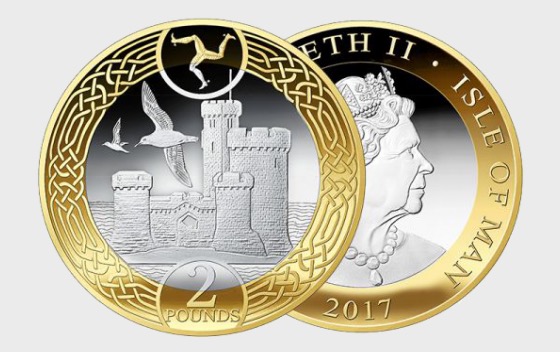 About Two pounds - Tower of Refuge 2017 Decimal Coin in wallet

For the year of 2017, Tower Mint Ltd on behalf of the Isle of Man Government has issued a new collection of circulating coins.

These designs offer a modern and up to date style whilst focusing on Manx and Isle of Man related landmarks, themes and traditions.

These designs meet the criteria for coins, as they are reflective of the Isle of Man. The collection of designs portrays a combination of historic landmarks, themes and traditions of the Isle of Man. The obverse depicts the approved Queen Elizabeth II effigy portrait, created by Jody Clark for the use on Crown dependencies and Commonwealth countries.

This important landmark was built upon the reef on the orders of Sir William Hillary, founder of the Royal National Lifeboat Institution in 1832. After several shipwrecks upon the semi-submerged rock, he wanted a refuge for survivors until help could arrive.

Coin comes in a plastic wallet.