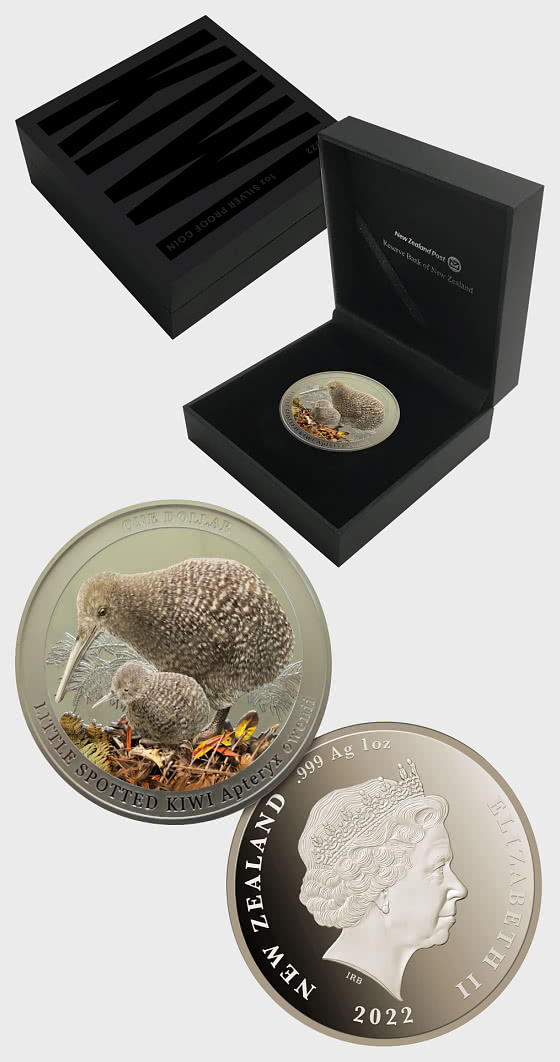 Kiwi are a beloved symbol of Aotearoa New Zealand, characteristic of the uniquely understated qualities that contribute to the nation’s collective identity. Also known as kiwi pukupuku, the little spotted kiwi is the smallest of five kiwi species. The little spotted kiwi is the only recent species of kiwi to have become extinct on the New Zealand mainland. However, thanks to predator-free islands and fenced sanctuaries, the population is estimated to be 2,000 and growing.

The male kiwi pukupuku parent will stay with the nest until the chick is mature enough to leave. With an illustration by Stephen Fuller, this coin depicts a kiwi with its chick, with colour printing highlighting the birds’ plumage and the leaf litter below. As well as engraved foliage, a mirrored proof finish surrounds the birds.