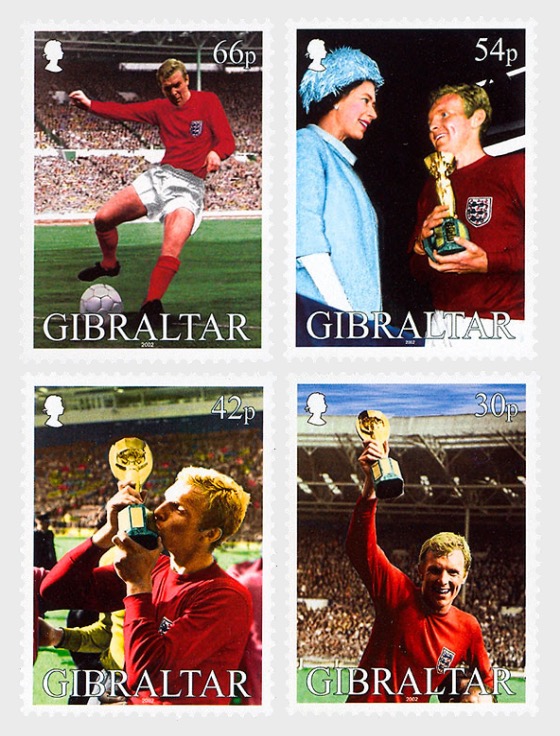 On the 30th July 1966 Bobby Moore lifted the Jules Rimet Trophy at Wembley as England was crowned World Champions, what better way to capture this moment than on our set of stamps and miniature sheet.

Robert Frederick Chelsea Moore was born on 12 April 1941 in Barking, Essex. He played for West Ham United and Fulham FC and led England to World Cup victory in 1966.

As captain of the only England football team ever to win the World Cup, Bobby Moore remains one of the greatest sporting heroes in football. The famous image of Bobby holding the Jules Rimet trophy aloft at Wembley Stadium in 1966 is one that has become engrained in every football fan's memory.

Bobby played for England 108 times, captained the team in a record 90 matches, won the World Cup, the FA Cup, the European Cup Winners' Cup and was Footballer of the Year. During a career spanning over two decades, he secured a reputation for being one of the best defenders in the world. Bobby was awarded an OBE in 1967.