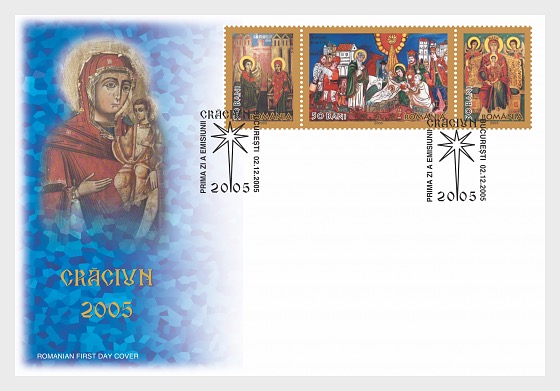 The small works of art have taken us through another year and it is time for winter to reign throughout the country again.

We are getting closer to Christmas time and the New Year and, such as it is natural, the time has come when we have to draw the line and strike the balance of the year. We are certain that, by everything that we have accomplished throughout the year, we have been close to your taste and preferences….

We have thought of the children, so that they might become acquainted with the great Personalities of the country and of the world, we have taken them back to the prehistoric time to meet the Dinosaurs from the Hateg County and then we returned to Jules Verne’s dream world.

We have been close to the Catholic Church in the difficult moments that it had been through (In Memory of His Holiness Pope John Paul II), but we have also rejoiced for the election of the New Pope (The Beginning of a New Pontificate, His Holiness Pope Benedict XVI).

We have reached out to our fellowmen who have been seriously affected by the floods occurring this year, we have given them the Rainbow of Hope and we have sent them the Messenger of Hope.

Those who love animals have not been forgotten and we hope that they have enjoyed the issues Exotic Fishes, Pigeon Breeding or Hunting Dogs.

We have taken a walk through the vines full of grapes to deal with Viticulture, and then we have dined together with all European peoples through the issue Gastronomy.

We have celebrated together the Day of the Romanian Postmark, admiring Romanian Military Vessels.

We have rediscovered the world together with Christopher Columbus (50 years from the first European issue).

We have supported the cultural institutions of the country during anniversary moments: National Philatelic Museum – one year of existence and the Central University Library (former Carol I University Foundation) – 110 years since the inauguration, but we have also supported Romanian Contemporary Artists.

By the graphics and manner of presentation of the issues, we have accomplished numerous national premiers in the domain of philately and we have brought a lot of satisfaction to culture lovers. Now, when we are to draw the line of this year’s balance, we would like that next year we should be able to provide you with even more moments of joy and satisfaction.

On the occasion of the winter holidays, we send you our best wishes and we are offering you as a gift the philatelic issue Christmas 2005.

P.S. This philatelic issue consists of three postage stamps with the same face value (RON 0.50) which are a part of a triptych reuniting three ancient icons with the following themes: the Annunciation, Virgin Mary with Jesus, belonging to the Collection of Old Religious Art of the Timisoara Archiepiscopacy and, respectively, the Birth of the Lord, from the Romanian Peasant Museum Collection.