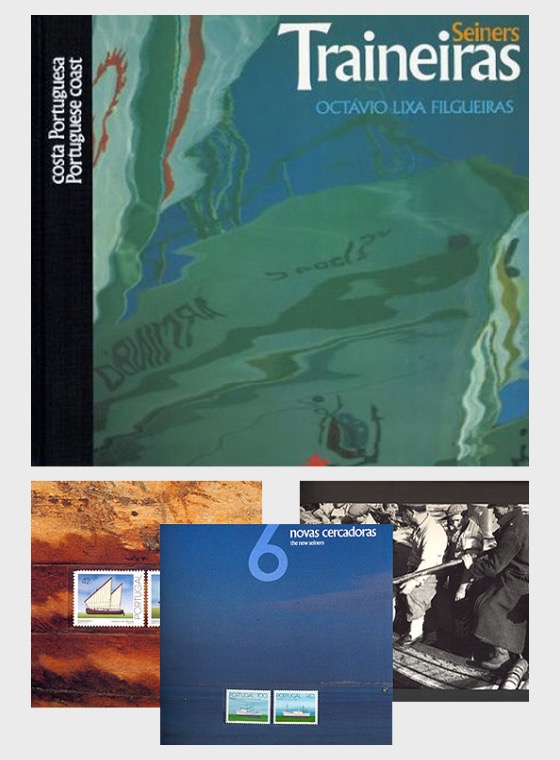 Few pay much attention to a seiner. Many see it only as an object of poetic inspiration or a subject for a photograph.

This book deals, however, with an 'implement' of work fundamental to the lives of thousands of families which, along the extensive coastline of our seafaring country, subsist on fishing and endure great hardship to ensure the upkeep of their homes and the supply of fish for domestic an foreign markets.

Introduced into Portugal more than eight decades ago, the seiner, with all its human associations, is without a doubt an important part of our heritage and recent history.

The book which is now published and which follows the issue of stamps on the same theme represents the efforts of the Portuguese Post Office in rallying to the defence of everything which constitutes our national identity and in underlining the originality of our way of life.