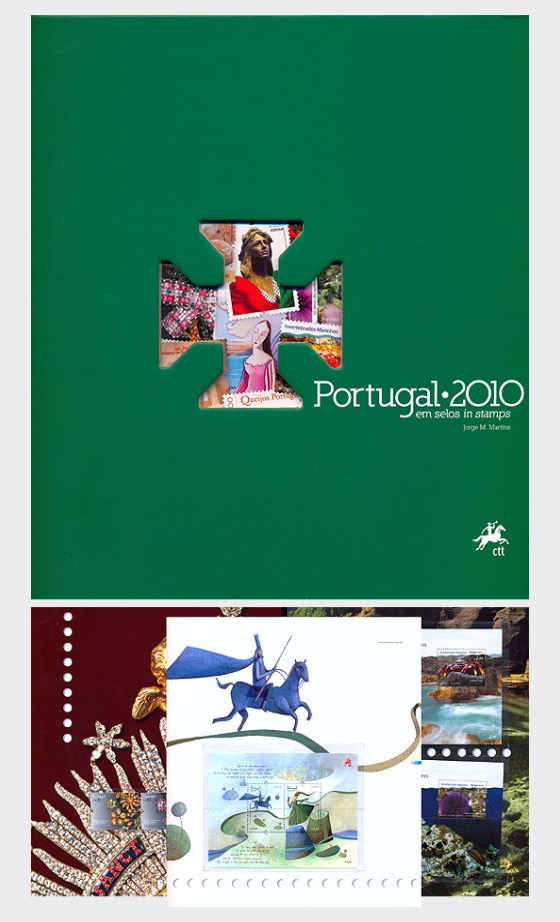 About Portugal in Stamps 2010

By decision the UN, 2010 was the International Year of Biodiversity. The justification and the pertinence are obvious: living species are disappearing at a rate one thousand times greater that would be natural, and scientists consider that, following the extinction of the dinosaurs 65 million years ago, we are now witnessing another mass extinction of animals and vegetables.

This year, Portugal in Stamps, the book with CTT closes each year's philatelic and publishing activity, is dedicated precisely to underlining this concern and to awakening individual and collective conscience of the urgent need to confront the problem with determination.

As far as Correios de Portugal is concerned, this purpose, begun long ago, continues with renewed commitment. In philatelic production terms, for example, there have been over eighty stamp issues alluding to the promotion of environmental values and biodiversity.

More recently, in conjunction with the Nature Conservation and Biodiversity Institute, CTT has intensified the introduction of a series of innovations in various fields of its business, directed at: reducing its negative impact on the Environment; increasing energy efficiency; introducing alternative energies to its fleet of vehicles; creating 'greener' forms of communication and more ecological products - both through the use of recycled materials and through an option for processes that respect Nature... All this - and much more - so as to contribute, as a company aware of its social and cultural responsibilities, to putting a halt to the impoverishment of the Planet and to the loss of its biodiversity, in the pursuit of a sustainable future.

By selecting the issue of Biodiversity to 'illuminate' the reading of each one of the year's issues, this book will be yet another contribution, as was the Agenda for 2010 published by the CTT, for the creation of an environmental conscience.

On a par with several other events that warranted celebration in stamps, 2010 was also the year of solemn evocation of the 100th anniversary of the establishment of the Republic, the pretext for the organisation of a philatelic exhibition of global scope. But, as is the case every year, many other matters of a historic, social, entertainment, heritage and culture nature were the subject of philatelic issues that this book stores as the illustrated memory of the present for future generations.