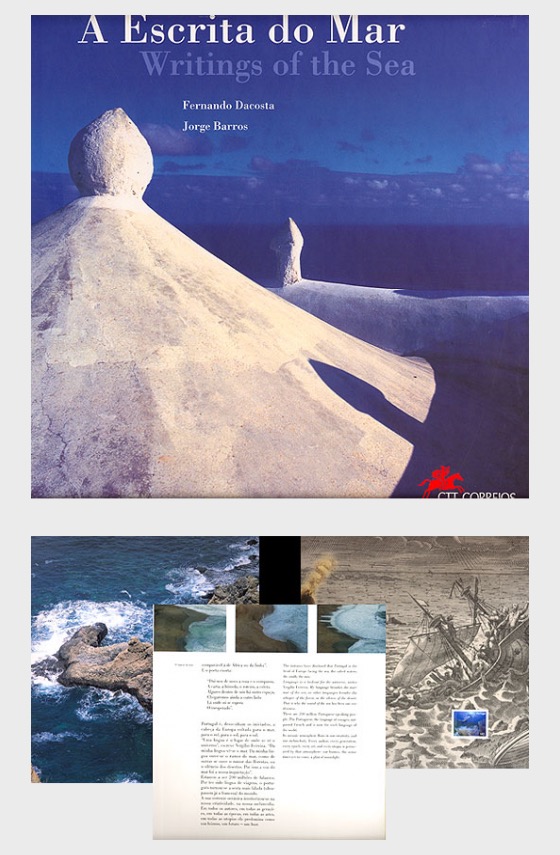 Writings of the Sea Book - Stamp Booklet for only GBP £28.69

About Writings of the Sea Book

The Portuguese Language was made by the Sea. It survived the ages and expanded throughout the world as a language that incessantly voyaged the oceans, the continents, and the peoples.

Benefiting from the contacts with the cultures where it made port, the Portuguese language was enriched from many sources through a process of quasi-miscegenation - in Africa, in Brazil, in Asia, in Europe - a process extending from days long past to times yet to come.

Literature, creativity, warm sociability were the assets we had to offer. The only assets that, after the fall of the empires, the loss of trade, of goods, plantations and mills, factories, fleets, and institutions, do persist and flourish as universal values.

In 1998, the International Year of the Oceans, Portugal fosters, with Expo 98, a new understanding of the Seas and of her five-century-old Maritime History.

The Portuguese Post Office joins the commemorations with this book - a caravel of words sailing out to meet you.