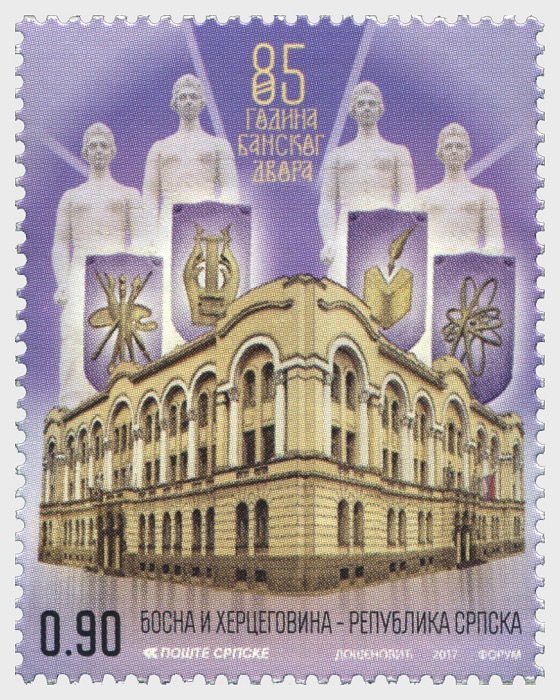 About 85 Years of Banski Dvor

Banski dvor is a cultural center in Banja Luka. It was built in the period 1931-1932, and was officially opened on November 8, 1932, as the seat of the ban of the Vrbas banovina of the Kingdom of Yugoslavia. For the purpose of the residence of the Ban of Vrbas Banovina, it was used until 1941, so that after the war, until 1955, the Banski dvor was used as a military and political seat. Since 1955, with the decision of the city authorities, the building is given to the management of the Cultural Center, and since 1998 it has officially become a public cultural institution called the Banski dvor - Cultural Center. The establishment of the Republic of Srpska on January 9, 1992, the Banski dvor became the seat of the President, which was until the reconstruction of the Palace of Republic of Srpska in 2008. The interiors of the Banski dvor are very representative, and some of them, such as the Concert Palace, the Hall and the Ceremonial Salon, have preserved an authentic look. Particular attention should be paid to the large Concert Hall, with its appearance, and its special acoustic, gets the attention of the audience and the artist. Over the past decades, the Banski dvor hosted a large number of prominent artists and ensembles from the country and abroad, which has greatly contributed to the change of affirmation and special reputation which institution enjoys beyond the borders of the Republic of Srpska and Bosnia and Herzegovina.