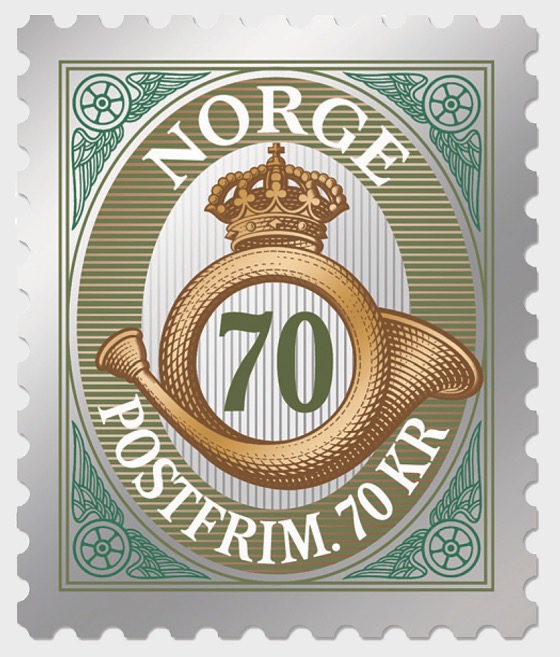 Some years ago, Norway Post calculated that over 5 billion posthorn stamps had been produced in this, the world’s longest-running series of stamps. Over 960 million of the 5 and 10 øre stamps (NK 99 and 100) from 1909-1910 were printed! So perhaps it’s not surprising that collecting posthorn stamps is for many people the purest form of philately.

In 1982 a Dane called Svend Wiegand Hansen released a book called "Om at samle norske posthornmærker" ("Collecting Norwegian posthorn stamps"). The book offers a detailed, simple introduction to an area of collecting that can be as easy or difficult as you want. You can build a collection using the numbers in the Norgeskatalogen Catalogue of Stamps and then expand it to include different variants. Over 500,000 10 øre carmine stamps were printed in 1910, and Norgeskatalogen lists up to 11 different variants. Differences between variants may be due to printing errors, while type and plate differences can be distinguished by tagging, watermark and design differences. Distinguishing between two almost identical stamps can be crucial.

The most important tools for a posthorn stamp collection are a good magnifying glass, Norgeskatalogen, a stamp book for sorted stamps, a watermark detector, tag measurer and, ideally, a colour palette for philatelists. To look for differences, you need a enough of stamps to choose from. You will be slow at the start, and often unsure. Use a stamp book you can annotate to make it easy to figure things out next time you open the book. After a while, you’ll notice sorting stamps gets easier. A stamp collection doesn’t need big goals and international glory; this is your private hobby. This year’s 70 kroner stamp could be the start of an enjoyable hobby!