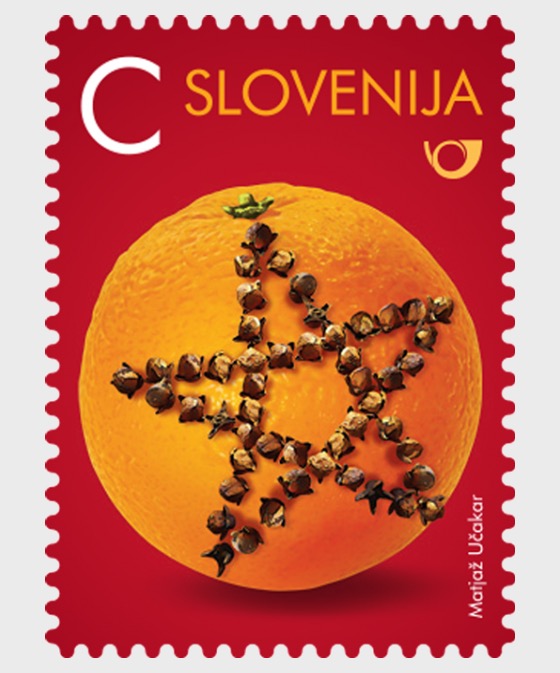 Along with St Nicholas and Father Christmas, Dedek Mraz (“Grandfather Frost”) is one of the “three good men” who bring gifts to children and adults in December, at the end of the old year. His appearance and activity are the consequence of conditions in society after the Second World War, when, in 1948, the Central Committee of the League of Communists of Slovenia instituted a celebration centred on the New Year’s fir tree. This was supposed to replace the earlier St Nicholas’s Day and Christmas celebrations. A body called the Executive Committee of Popular Culture of Slovenia was established to implement this innovation or invented tradition. In 1952, as part of a wide-ranging propaganda campaign lasting several years, they came up with the figure of Dedek Mraz. Although his name recalls that of the Soviet figure Ded Moroz, his appearance was definitely Slovene –thanks to the efforts of the painter Maksim Gaspari. Commissioned by the Communist authorities, Gaspari painted a highly idealised and standardised figure of a rustic old man whose costume included elements reminiscent of, in particular, the once traditional mode of dress of the Gorenjska (Upper Carniola) region. In 1952 three images of Dedek Mraz were also published in the form of postcards. These were followed by processions, public appearances and gift-giving ceremonies. The figure gradually became popular and has remained so to the present day, with a wide range of variations of Gaspari’s original interpretations.

One of the rituals or customs surrounding Christmas and New Year celebrations involves the blessing of homes. After the priest blesses a home with a prayer, incense and holy water, he traditionally chalks or otherwise inscribes the letters “GMB”, along with the number of the new year, on the gate or front door. These letters represent the names of the Three Kings, also known as the Magi or the Three Wise Men: Gašer (Caspar), Miha (Melchior) and Boltežr (Balthasar). The inscription may also be written up by the householder. Recent times have seen interesting innovations as regards this blessed inscription, with some priests simply attaching to the door or gate a sticker printed with a combination of the above three letters and the year. As well as on the doors of houses (or flats in the case of blocks of flats in cities), this blessing also appears on the doors of farm buildings (such as barns and stables) and work premises.