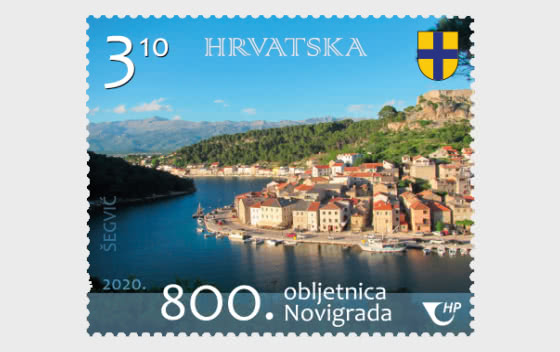 About 800 Years of Novigrad

Novigrad is a small historical town on the southern shore of the Novigrad Sea, whose geographic position follows the natural landscape patterns, seeing as it is located in the interior of a deep, narrow gulf. The Novigrad fort, known as the Fortica, was erected on a steep cliff overlooking the sea, and the settlement that developed below was walled in the late 15th century. An ancient Roman tower in the location of the present-day Novigrad fort was restored in 1220 and named Castrum Novum, Latin for New Fort (the city’s name, Novigrad, roughly has the same meaning in Croatian). In the late 13th century (1282), Grgur Kurjaković, Lord of Lika and Krbava, thoroughly remodelled this tower and erected a new fort to defend his lands around Novigrad. The imprisonment of Queen Mary of Hungary and Croatia, daughter of Louis I, and her mother Elizabeth, daughter of Bosnian Ban (Viceroy) Stjepan II Kotromanić, at the fort in 1386 put Novigrad on the map of European and world history. Queen Elizabeth was murdered according to some accounts and died of natural causes according to others, while Queen Mary was eventually freed. Following Mary’s liberation from captivity, the Kurjaković family, who were the opponents of the newly crowned king, Ladislaus of Naples, lost Novigrad in the war of dynasties for the throne of Hungary and Croatia, and it became a royal city in 1403. Zadar, Novigrad, Vrana and the island of Pag were the only remaining possessions of Ladislaus of Naples when he sold them to Venice, along with all his rights to Dalmatia, for 100,000 ducats in 1409.