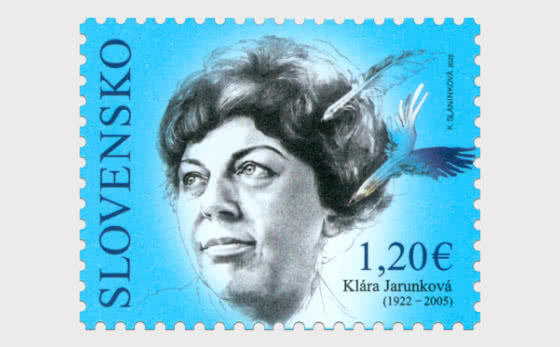 Klára Jarunková, our most translated female writer, was born on 28th April 1922 at a post office, where her mother worked as the postmaster, in the beautiful countryside around Červená Skala. Her father supported his family as a private businessman. She was the second of five children. The death of the mother in1930 interrupted the harmony of the family. The five children were then all brought up by the sister of his, Františka, who had a significant effect on the writer's life and remained part of her family until her death. Klára attended primary school in Podbrezová and, for a year, also in Brezno. After she moved to Banská Bystrica, she studied at the secondary grammar school where she concentrated on modern languages, maths and science, going on to pass her secondary school leaving examination. In an attempt to provide support to her family, she accepted a position as a teacher and for three years she taught pupils from the scattered settlements that were part of the municipality of Korytárky. After she left for Bratislava, she began to study philosophy and Slovak at the Faculty of Arts of the Slovak University and at the same time, she worked for the municipal authorities. Later, she was employed by the nationwide public-service radio broadcaster, however, after two years she left to join the Roháč magazine, where she worked until she retired. From 1984 onwards, she fully concentrated on writing (until her death on 11th July 2005). She was married to Ing. Tichomír Jarunek and her daughter, Daniela Zacharová-Jarunková, is a professional artist.